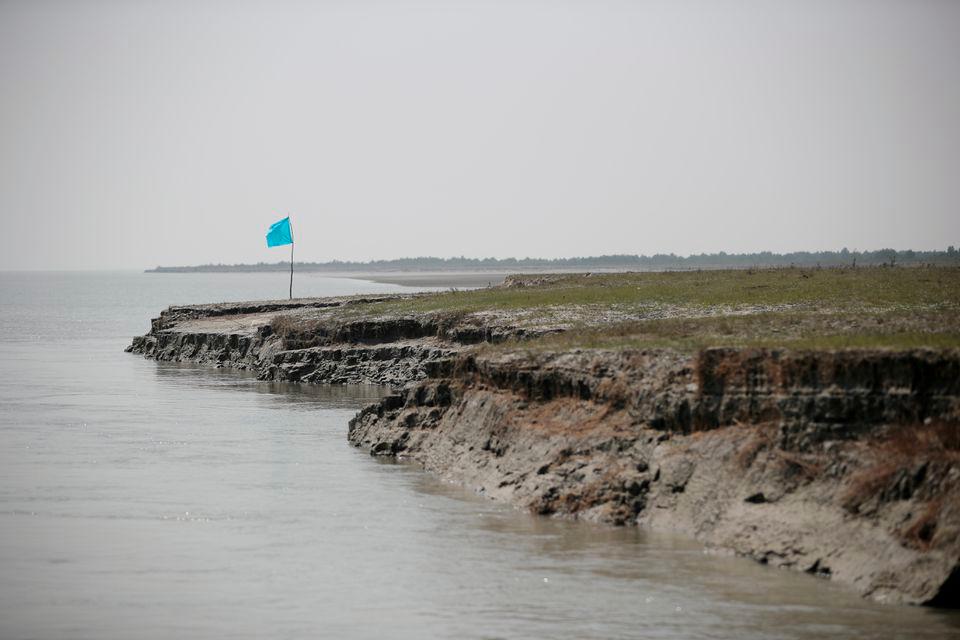 View of the island of Bhasan Char in the Bay of Bengal, Bangladesh February 14, 2018. - REUTERSPIX

COX’S BAZAR: At least a dozen people were missing off the Bangladesh coast on Tuesday after a boat carrying Rohingya refugees sank in rough weather, the South Asian country’s coast guard said.

The fishing trawler left at dawn and was bound for Malaysia before it ran into trouble in the Bay of Bengal, with two search boats scrambling to rescue survivors.

Coast guard station commander Ashiq Ahmed said at least 50 people were on the boat, which had picked up passengers from several coastal towns before embarking.

“Around a dozen people are still missing. The rescue operation is still going,“ he told AFP.

The vessel sank near southern Cox’s Bazar district, the site of camps that are home to around a million Rohingya refugees.

Most arrived in Bangladesh five years ago after a military crackdown in neighbouring Myanmar that is now the subject of a genocide investigation at the UN’s top court.

Dire conditions in the camps prompt hundreds each year to pay smugglers for passage along the dangerous sea route to Malaysia, which is home to a large Rohingya diaspora. - AFP