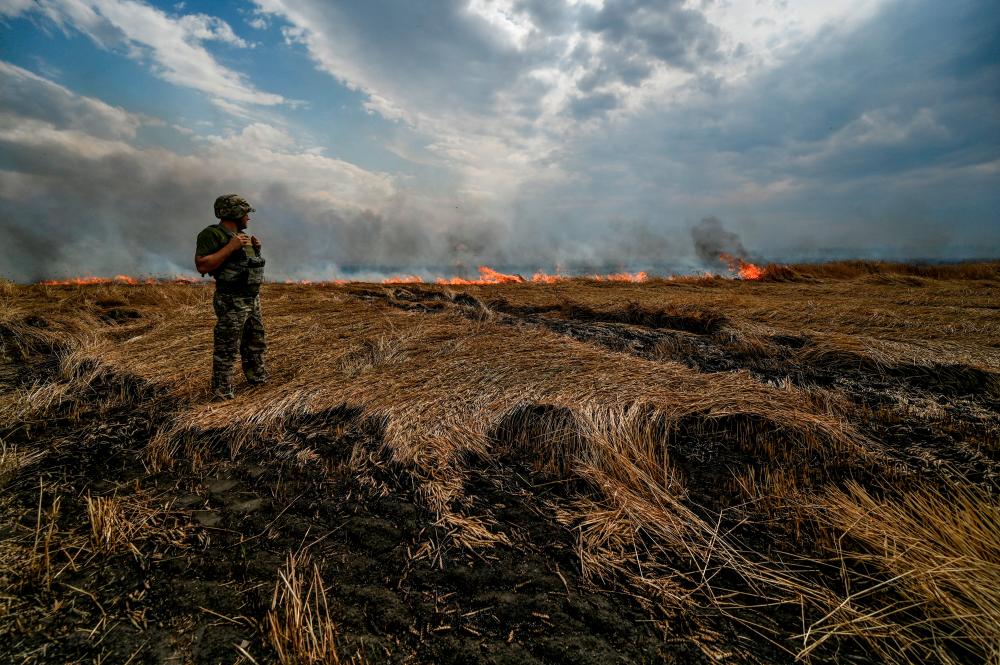 FILE PHOTO: A Ukrainian serviceman stands on a burning wheat field near a frontline on a border between Zaporizhzhia and Donetsk regions, as Russia’s attack on Ukraine continues. REUTERSPIX

ATLANTA: Two US citizens recently died in the Donbas region of eastern Ukraine, a US State Department spokesperson said on Saturday, without disclosing further details.

The US administration was in touch with the families of the deceased and provided “all possible consular assistance”, the State Department spokesperson.

The spokesperson declined to say how recent were the deaths or their circumstances.

“Out of respect to the families during this difficult time, we have nothing further,” said the spokesperson, who was confirming an earlier CNN report.

Ukraine has been under siege by Russia for nearly five months in what Moscow calls a “special military operation” to disarm Ukraine and rid it of anti-Russian nationalism fomented by the West. Kyiv and the West say Russia launched an unprovoked war.