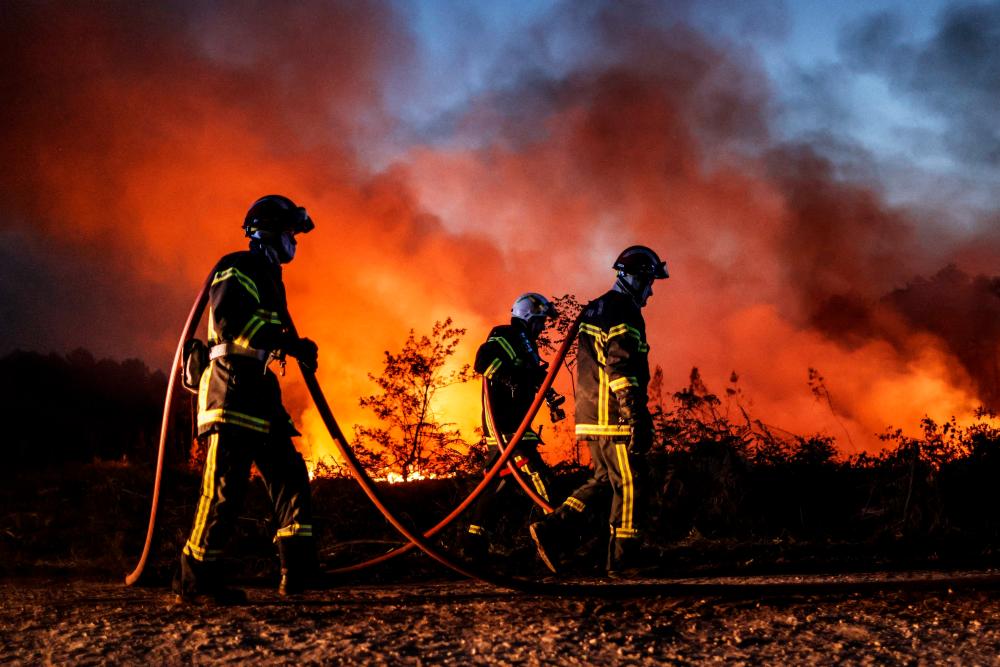 PARIS: Police have arrested 48 people for allegedly starting forest fires in France during the summer, a spokeswoman told AFP Friday, after a season marked by large, devastating blazes.

Up to 10,000 French firefighters a day were mobilised this summer to fight fires which have ravaged more than 65,000 hectares, according to the European Forest Fire Information System -- a record since the start of satellite data in 2006.

Of the 48 arrested, 12 people have already been sentenced to two years in prison, while “more than a dozen” have been remanded in custody, said national gendarmerie spokeswoman Marie-Laure Pezant.

“We found young people, minors, retirees, mostly men,“ she said, adding that the suspects came from all backgrounds.

Some have “a weaker psychological profile, sometimes mental disorders”, Pezant said, adding that some were firefighters as well.