A year after taboo on Thai king broken, 103 face jail for royal insult 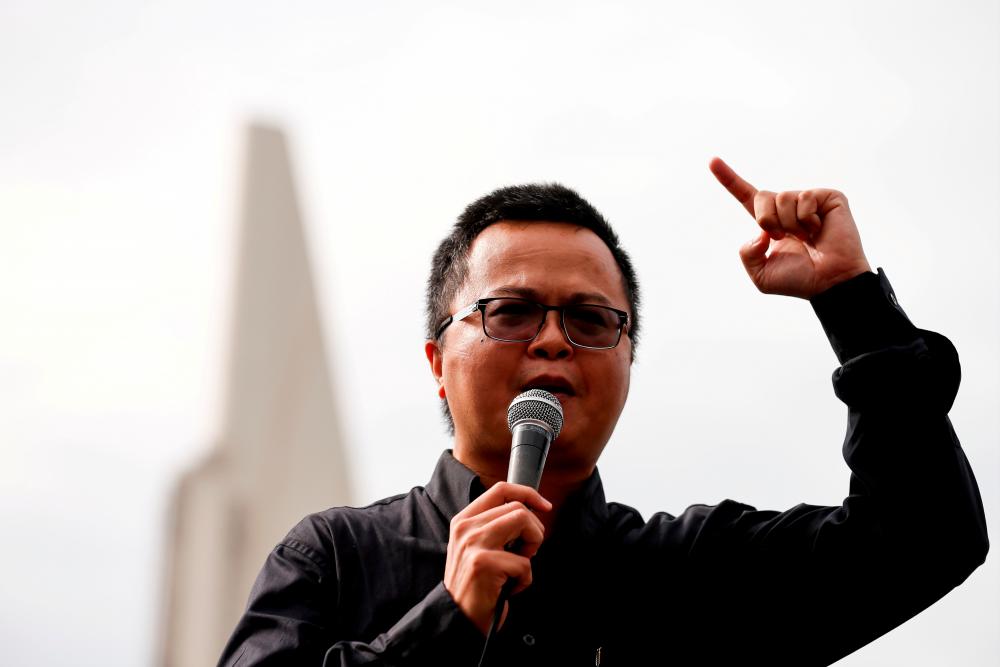 FILE PHOTO: Human rights lawyer Arnon Nampa speaks during a Thai anti-government mass protest, on the 47th anniversary of the 1973 student uprising, in front of the Democracy monument, in Bangkok, Thailand October 14, 2020.-Reuters

BANGKOK: In the year since making an unprecedented, taboo-breaking speech openly calling for discussion on the role of Thailand's powerful king, human rights lawyer Arnon Nampa has spent months in jail, charged with the crime of defaming the monarchy.

He's one of 103 people from Thailand's youth-led anti-government protests now charged with insulting or threatening King Maha Vajiralongkorn or his immediate family, a crime punishable by up to 15 years' imprisonment. Hundreds more face other criminal charges.

Arnon, 36, says he has no regrets and vows the prosecutions won't crush the anti-government movement, which in recent weeks has been building again.

“I think it has been worthwhile. Now the society can move forward and people can talk about the monarchy,“ Arnon told Reuters in an interview while awaiting trial. He denies any wrongdoing.

The king has traditionally been portrayed as above reproach in conservative Thai culture, and any criticism of the monarch - whom some have viewed as semi-divine - is taboo as well as illegal.

Arnon, however, says talking openly about the monarchy is necessary in the push for democratic reform and the ouster of Prime Minister Prayuth Chan-ocha, who first came to power in a 2014 coup and has long associated himself with loyalty to the king.

“Sometimes the protests were not peaceful ... when there is violence the police must maintain peace,“ Anucha said.

The palace has said it will not respond to questions on the protests. Prayuth's office says he retained power in free and fair elections in 2019.

For months afterwards, thousands poured onto the streets, at times clashing with the police.

Since last year, 695 protesters have been charged with crimes including sedition and causing unrest. Among those 103 are charged with lese majeste, according to Thai Lawyers for Human Rights.

“The government is using its old legal tactic, which has been partially effective in creating fear that has prevented more people from coming out publicly to talk about the monarchy,“ said Titipol, dean of political science at Ubon Ratchathani University.

“But there are some people that do not care,“ he said.

Arnon, an adviser to the youth movement, faces 12 separate lese majeste cases and spent 113 days imprisoned before being released on bail in June.

The protests slowed earlier this year after key leaders were jailed and a severe outbreak of Covid-19 drove many inside.

But in recent weeks, demonstrations have again been building.

This time, it's not only youth protesters.

In late June, some of the government's former allies took to the streets demanding Prayuth's resignation over his handling of the worst Covid-19 outbreak to date.

Arnon said the youth movement will continue its fight.

“If this was a football game, we are far from the final whistle,“ Arnon said. - Reuters

‘Be inspired’ by Petito, father says at slain traveler’s funeral