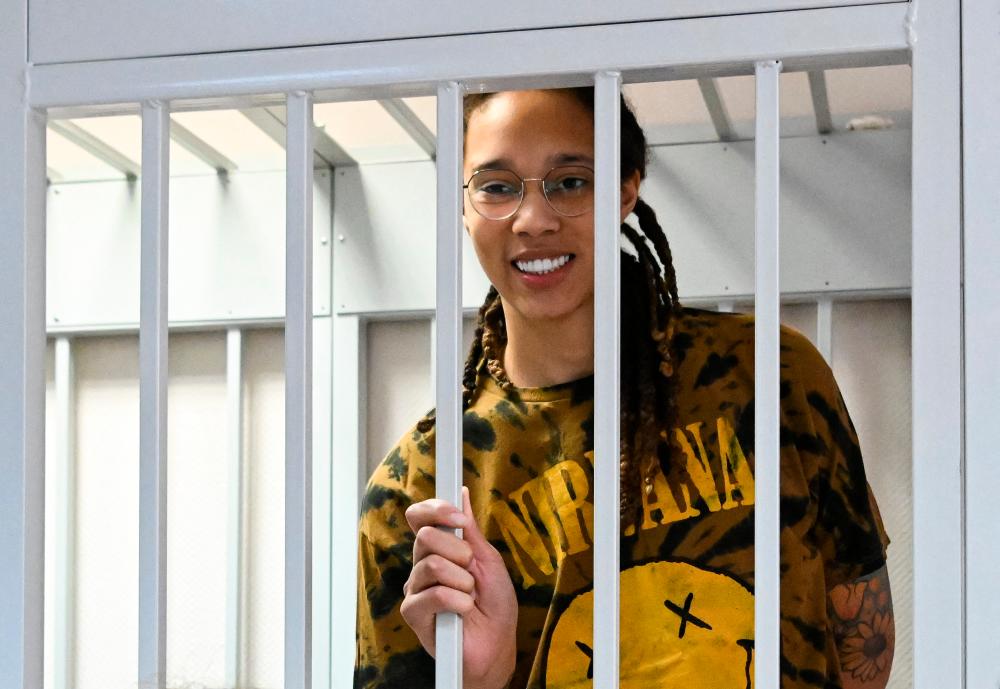 Moscow confirmed on December 8, 2022 it had exchanged US basketball star Brittney Griner, who had been jailed in Russia, for notorious arms trafficker Victor Bout who was serving a 25-year sentence in the United States. AFPPIX

WASHINGTON: A former United States (US) Marine, Paul Whelan imprisoned in Russia on charges of espionage expressed disappointment Thursday that more has not been done to secure his release.

“I am greatly disappointed that more has not been done to secure my release, especially as the four-year anniversary of my arrest is coming up,” Whelan told CNN in a phone call shortly after US WNBA star Brittney Griner was freed in a prisoner swap with Russian arms dealer Viktor Bout.

“I was arrested for a crime that never occurred,” Whelan said, according to Anadolu Agency (AA).

The US earlier offered a swap deal that included Griner and Whelan, who has been held in Russia since 2018 on espionage charges, in exchange for Bout’s release. But Whelan was not part of the deal that happened Thursday.

US President Joe Biden said the US will continue to work for his release, maintaining: “We’ve not forgotten about Paul Whelan, who has been unjustly detained in Russia for years.”

“This was not a choice of which American to bring home. Sadly, for totally illegitimate reasons, Russia is treating Paul’s case differently than Brittney’s. And while we have not yet succeeded in securing Paul’s release, we are not giving up. We will never give up.

“We remain in close touch with Paul’s family, the Whelan family, and my thoughts and prayers are with them today,“ said Biden. Ringgit likely to trade at 4.25 level next week on back of China’s economic rebound

4.Two arrested for killing six, including baby, in California