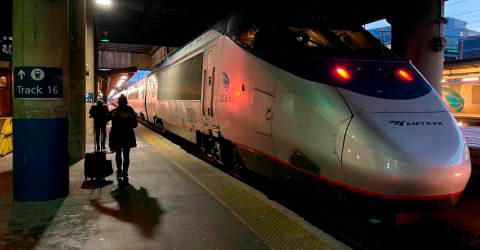 MOSCOW: A train of the National Railroad Passenger Corporation (Amtrak) derailed in the US state of Montana while en route to Seattle, reported Sputnik.

The Amtrak train derailed between the Havre and Shelby stops on Saturday, KXLY TV said, adding that emergency responders have already arrived on the scene.

There were no immediate reports of casualties.

According to reports from passengers on social media, at least two cars separated from the rest of the train and a total of three cars were tipped on their side.

The Amtrak train derailment occurred on the Empire Builder line, which runs between Seattle and Chicago, according to KXLY TV. -Bernama