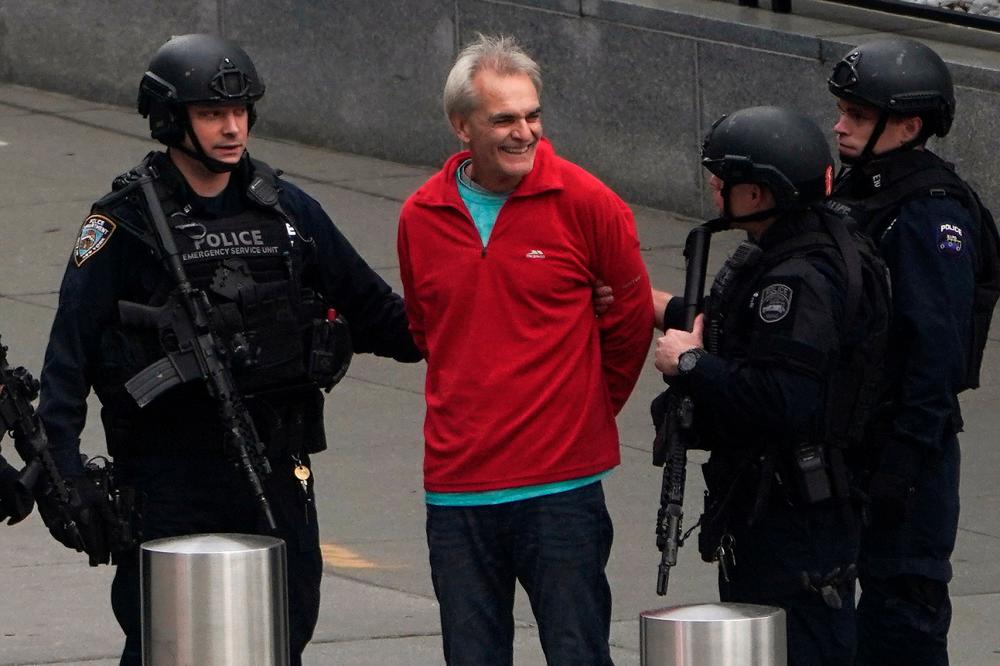 A man is detained by members of the NYPD, after holding a gun under his chin outside the United Nations Headquarters in New York City, U.S., December 2, 2021. REUTERSpix

UNITED STATES: New York police on Thursday arrested a man holding a shotgun outside the United Nations headquarters after a tense stand-off in which roads around the venue were cordoned off.

According to a UN official speaking on condition of anonymity, the man had threatened to kill himself in front of one of the building’s main entrances.

Images showed armed police surrounding him as he walked up and down the sidewalk holding the gun for more than two hours.

“We have one male in custody in regard to this incident,“ a NYPD spokeswoman said.

The United Nations had earlier told staff that the area was secured by police and that “no UN staff or associates are in danger.”

UN meetings were not interrupted as police negotiated with the man before his arrest. - AFP