At least two dead, 22 injured by bomb in Pakistan’s Lahore 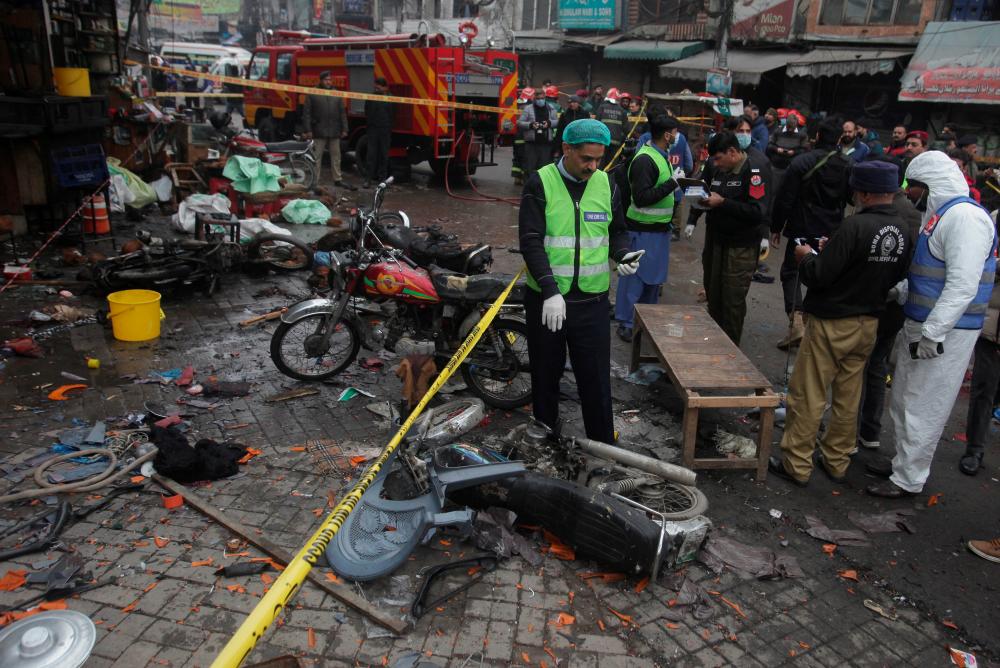 Members of crime scene unit and a bomb disposal team gather after a blast in a market, in Lahore, Pakistan January 20, 2022. REUTERSpix

PAKISTAN: At least two people were killed and 22 wounded on Thursday by a bomb blast in a busy shopping district of the Pakistani megacity of Lahore, police and officials said.

“Initial investigations show that it was a time-controlled device on a motorbike which was the cause of the blast,“ Rana Arif, spokesman for Lahore police, told AFP.

Hospital sources and police said two people were killed -- including a child -- and 22 injured in the blast, which happened in old Lahore's busy Anarkali shopping district.

There was no immediate claim of responsibility, but there have been a series of blasts and attacks against police since December, when a truce between the government and Pakistan's Taliban lapsed.

Tehreek-e-Taliban Pakistan (TTP) -- a home-grown movement that shares common roots with the Afghan Taliban -- has claimed responsibility for most of those incidents. - AFP