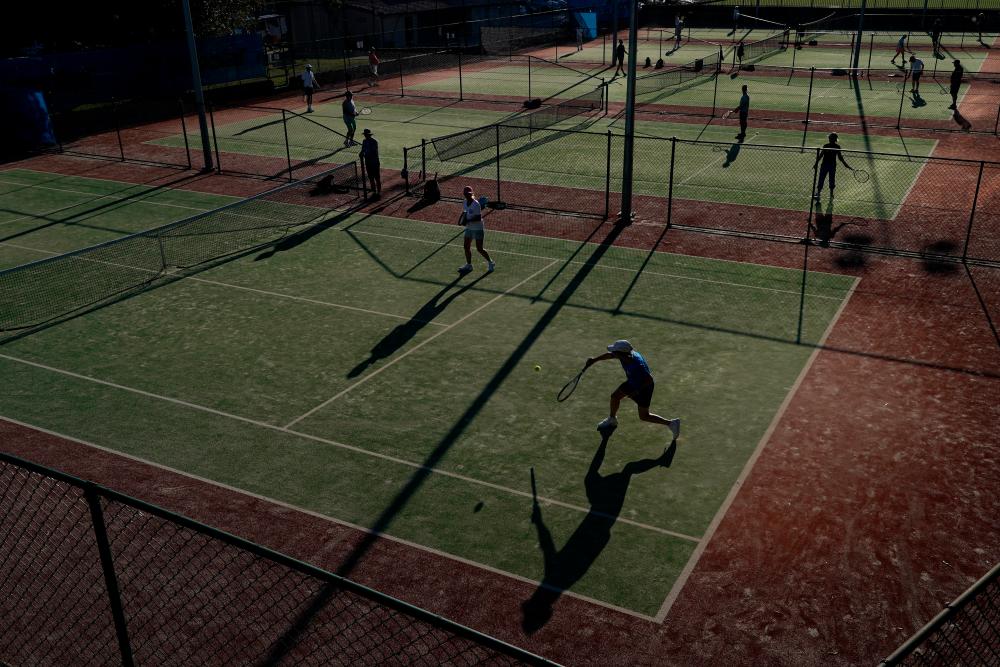 People play tennis next to Coogee Beach in the wake of the coronavirus disease (Covid-19) regulations easing, following months of lockdown orders to curb an outbreak, in Sydney, Australia, October 18, 2021. REUTERSpix

SYDNEY: Australia’s Covid-19 cases remained subdued on Tuesday as its largest cities, Sydney and Melbourne, gradually move towards normality amid a surge in vaccinations, after being rocked by a third wave of infections from the Delta variant.

The fast-moving Delta strain forced Sydney, Melbourne and the national capital of Canberra to ditch their Covid-zero approach and officials now aim to ease the tough restrictions once double-dose vaccination rates passed 70%, 80% and 90%.

Sydney, Australia’s largest city, and Canberra exited a months-long lockdown last week after racing through its inoculation targets while Melbourne is on track to lift its strict stay-home orders later this week.

Authorities in Queensland, which on Monday became the first Covid-free state to outline its reopening plans, urged the state’s 5 million residents to get vaccinated ahead of opening its state borders a week before Christmas - when its double-dose vaccination rate is expected to reach 80%.

Queensland Premier Annastacia Palaszczuk said the opening of borders should act as an “incentive” for residents to get inoculated. Queensland has so far only fully vaccinated 57% of its population above 16, well below the national average of 68% and 81% in NSW.

“We’ve had the luxury of essentially being largely Delta free, so now it is really important for people across Queensland to get vaccinated ... Time is of the essence,“ Palaszczuk told Nine News on Tuesday.

A total of 1,749 new cases were reported in Victoria, the majority in state capital Melbourne, down from 1,903 on Monday. Daily infections in New South Wales (NSW), home to Sydney, rose to 273 on Tuesday from 265 a day earlier, but well down from its pandemic high of 1,599 in early September.

More than one-fifth of the new cases reported in NSW over the past week are in children below 10, government data showed.

Despite the recent Delta outbreaks, Australia’s coronavirus numbers remain low compared with many other developed countries, with some 147,000 cases and 1,558 deaths. — Reuters