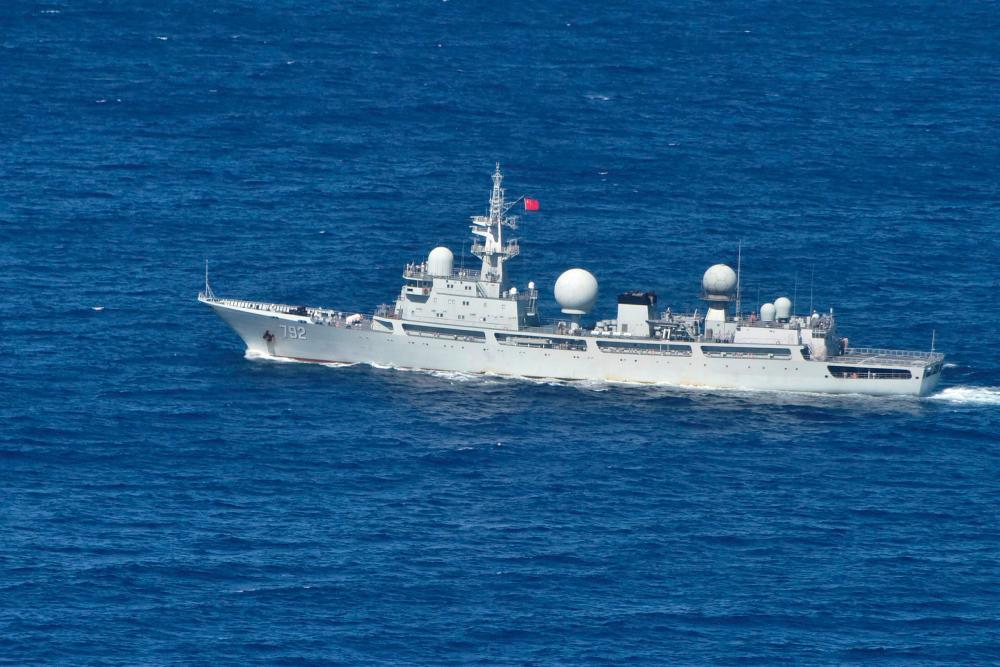 The People’s Liberation Army-Navy's (PLA-N) Intelligence Collection Vessel Haiwangxing is pictured operating near the coast of Australia in this handout image released May 13, 2022. Australian Department of Defence/Handout via REUTERSpix

Australia tracked the spy ship over the past week as it sailed past the Harold E Holt naval communications station at Exmouth, in Western Australia, which is used by Australian, U.S. and allied submarines.

Australia Prime Minister Scott Morrison said on Friday the Chinese navy vessel was not in Australian territorial waters but its presence was “concerning”, amid an election campaign where China’s behaviour in the region has been centre stage.

The question of a national security threat posed by China, including its expanding influence in the Pacific, has been a major theme in the campaign for the May 21 general election.

Asked on Saturday about whether the vessel’s conduct was a “red line”, Morrison said freedom of navigation was permitted around the world and the ship had not broken maritime laws.

“International law of the sea has not been breached,“ he told reporters on the campaign trail in Melbourne. But he said the issue highlighted challenges Australia faced from China “seeking to impose its will across the region”.

Morrison’s comments come after Defence Minister Peter Dutton said this week that he considered the vessel’s movement “an act of aggression” for travelling so far south.

The opposition Labor Party leader Anthony Albanese said on Saturday that he shared the government’s concerns about the vessel and had sought a briefing.

Relations between Australia and China, major trading partners, have been strained recently over growing Chinese influence in the Solomon Islands, after the small Pacific island nation signed a security pact with China.

In February, China and Australia traded barbs over an incident in which Australia said one of its maritime patrol aircraft detected a laser directed at it from a People’s Liberation Army Navy vessel. — Reuters