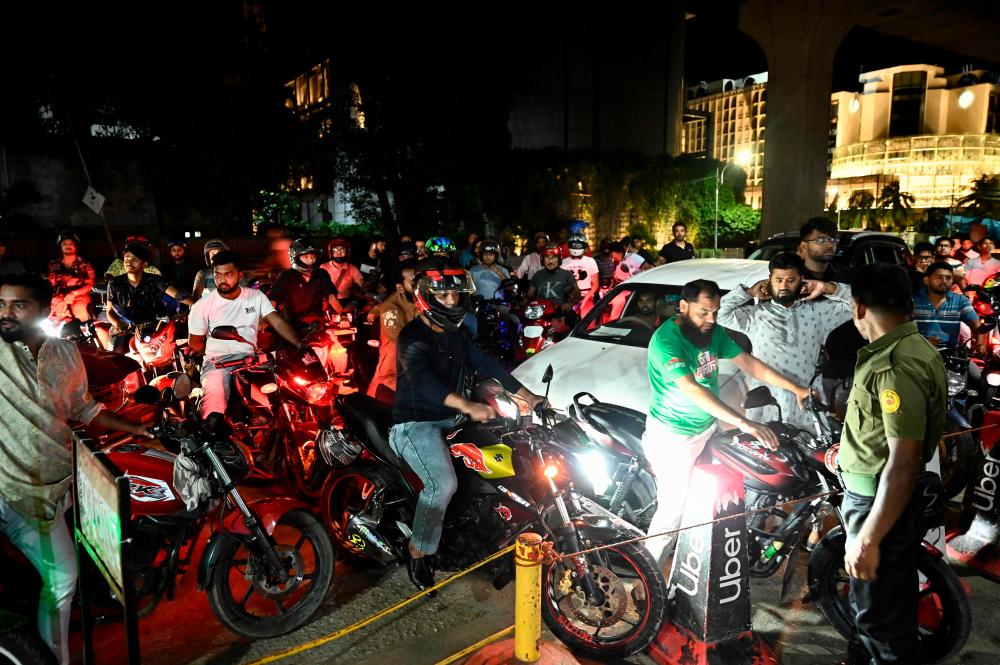 Bangladeshis queue at a gas station in Dhaka after government has increased fuel oil price in Bangladesh on August 5, 2022. AFPPIX

DHAKA: Bangladesh’s retail fuel prices have been hiked to levels not seen since the country’s independence in 1971, reported Xinhua.

The Bangladeshi government Friday night hiked the fuel prices by up to 51.7 per cent with effect from Saturday.

According to a price notification from the Ministry of Power, Energy and Mineral Resources, a liter of octane now costs 135 taka (US$1.43), which is 51.7 per cent higher than the previous rate of 89 taka (US$0.94).

Officials said the latest price hikes at the retail level were inevitable to reduce the subsidy burden on state-run distribution companies.

Also, fuel prices in the international market are much higher than that in Bangladesh.

Experts said the fuel price hike would worsen inflation, which increased to 7.56 per cent in June – the highest rate in about nine years. - Bernama