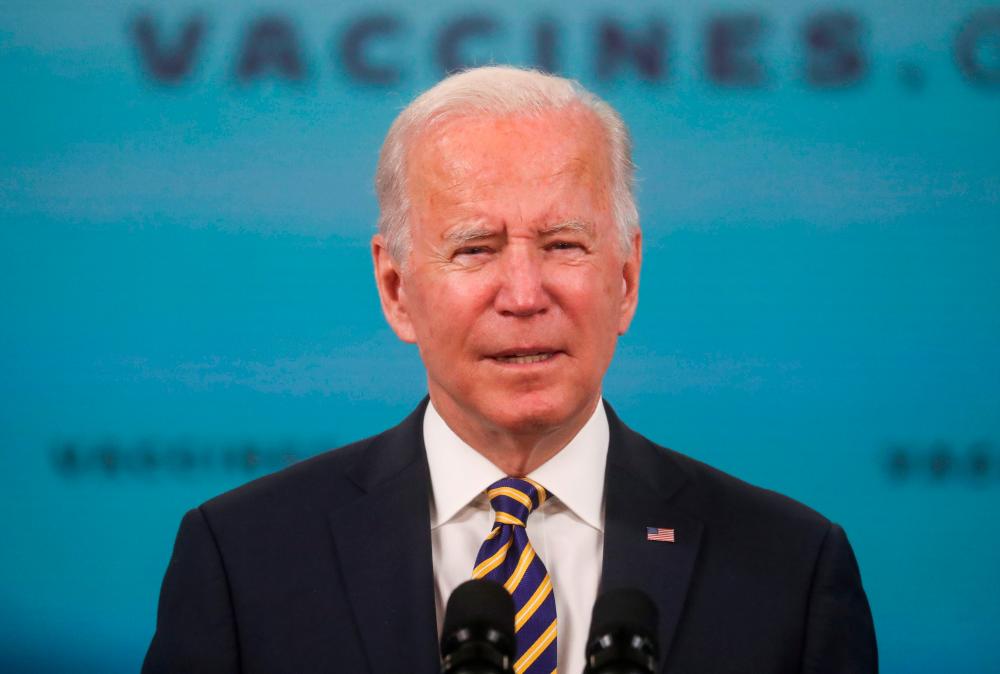 US President Joe Biden delivers an update on the administration’s coronavirus disease (Covid-19) response and the vaccination program during remarks at the White House in Washington, US, October 14, 2021. REUTERSpix

WASHINGTON: US President Joe Biden on Thursday signed legislation temporarily raising the government's borrowing limit to $28.9 trillion, pushing off the deadline for debt default only until December.

Without the increase in the debt ceiling, the US Treasury had estimated it would run out of money to pay the nation's bills on Oct. 18.

The $480 billion increase in the borrowing limit signed by Biden is expected to be exhausted by Dec. 3.

Following weeks of partisan fighting, the Senate approved the short-term fix last week and the House of Representatives passed it on Tuesday.

Senate Republican leader Mitch McConnell wrote in a letter to Biden after the Senate vote that he would not help Democrats again in raising the debt limit.

McConnell wants Democrats to use a procedural move known as reconciliation, which would not require Republican votes, to raise the borrowing authority. Democrats have rejected that as an option for lifting the cap.

Democrats note that they voted to raise the debt ceiling during Republican Donald Trump's administration even though they opposed deep tax cuts that added to the debt. -Reuters

Success: The Insight Story – Be bold, know your stuff inside out

4.Success: The Insight Story – Be bold, know your stuff inside out