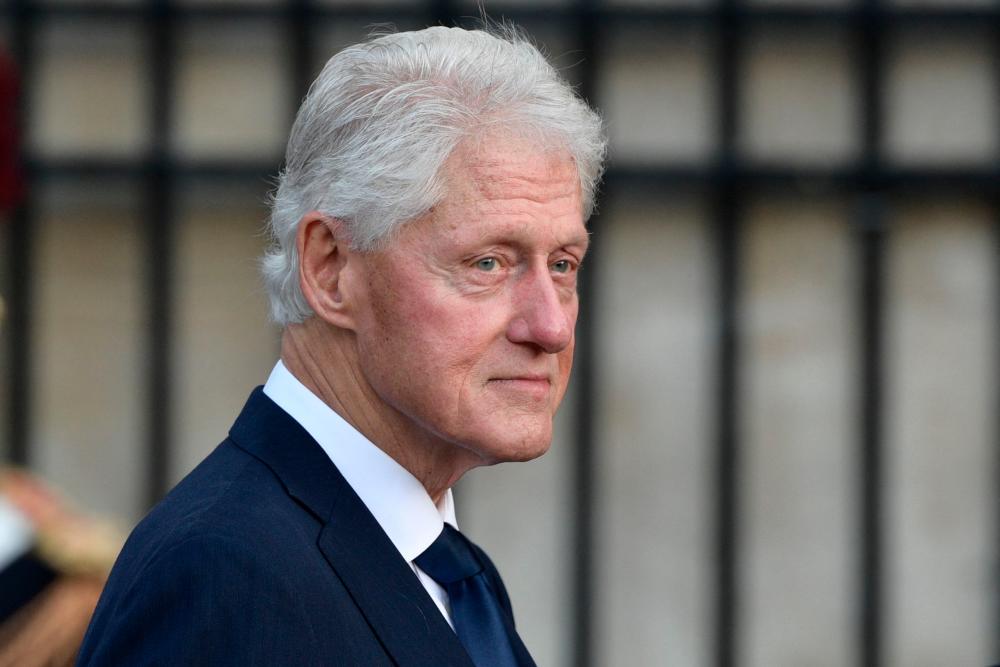 In this file photo taken on September 30, 2019 former US President Bill Clinton arrives to attend a church service for former French President Jacques Chirac at the Saint-Sulpice church in Paris. AFPpix

Clinton's doctors said it was a blood infection.

Clinton, 75, was admitted to a hospital in Irvine in southern California on Tuesday evening, Angel Urena tweeted.

He gave no details other than to say the infection was not Covid-related.

“He is on the mend, in good spirits and is incredibly thankful to the doctors, nurses, and staff providing him with excellent care,“ Urena said.

The University of California Irvine Medical Center confirmed Clinton was admitted there but said nothing else.

Urena tweeted a statement from Clinton’s doctors saying Clinton was admitted “for close monitoring and administered IV antibiotics and fluids.”

It added: “After two days of treatment his white blood cell count is trending down and he is responding to antibiotics well.”

The doctors said they are in non-stop touch with Clinton’s New York-based medical team including his cardiologist and “we hope to have him go home soon.”

In 2004, at age 58, he underwent a quadruple bypass operation after doctors found signs of extensive heart disease.

After that health scare, Clinton –who had a reputation for loving fatty foods –began eating a vegan diet.-AFP