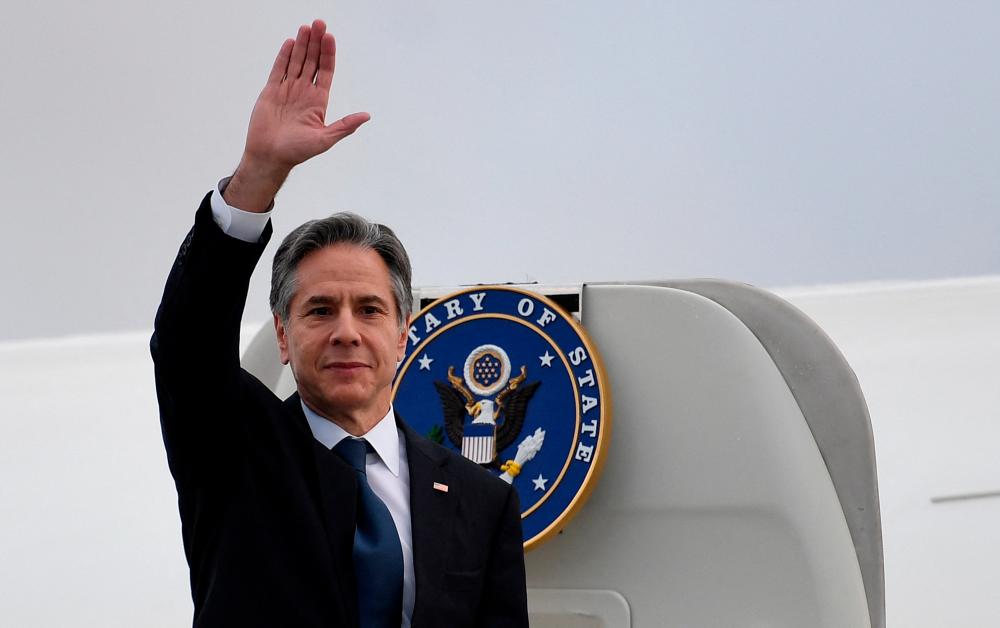 Blinken travelled in secrecy on his second trip to Kyiv since the Russian invasion in February. REUTERSPIX

KYIV: Secretary of State Antony Blinken on Thursday made a surprise trip to Kyiv as the United States unveiled nearly $2.7 billion in new military support to Ukraine and neighbours to face Russia.

Blinken travelled in secrecy on his second trip to Kyiv since the Russian invasion in February.

“The secretary very much wanted to come on this trip now because it’s such a consequential moment for Ukraine,“ a senior US official accompanying Blinken said.

She pointed to Ukraine's counter-offensive nearly seven months into the invasion, with President Volodymyr Zelensky announcing Wednesday that Kyiv had retaken several places in the Kharkiv region.

“All of the security assistance is trying to help ensure that Ukraine is successful in the counter-offensive,“ the official said on condition of anonymity.

“If they are, I do think it is very significant in terms of how the war moves forward.”

Defense Secretary Lloyd Austin, meeting allies at the Ramstein base in Germany, earlier Thursday hailed the “demonstrable success” of Ukrainian forces on the battlefield.

Austin announced another $675 million in military assistance that includes more arms, ammunition and supplies for Himars, the precision-guided rockets that can hit targets as far as 80 kilometres (50 miles) away and have been credited with helping put Russian forces on the defensive.

In addition, Blinken approved $2 billion in foreign military financing, a programme in which the United States offers loans or grants to other nations to buy US-produced weapons.

Half of the new $2 billion package will go to Ukraine and the rest to 18 other nations seen as under threat from Russia, another State Department official said.

The approved recipients include Moldova and Georgia, which both have breakaway regions backed by Russia, as well as the Baltic states of Estonia, Latvia and Lithuania and Bosnia, where tensions have grown with Russian-backed Bosnian Serb leaders.

Blinken's trip comes after President Joe Biden disappointed Ukraine by making clear he would not designate Russia as a state sponsor of terrorism, a step also backed by many US lawmakers that would make the country toxic for international businesses and banks.

The Biden administration argues that Russia does not meet the legal definition and that the United States is already leading sanctions that have had similar effects.

State Department officials said Blinken also wanted to visit Ukraine to hear directly from the leadership ahead of this month's UN General Assembly, where the United States and its Western partners will push for solidarity against Russia. - AFP