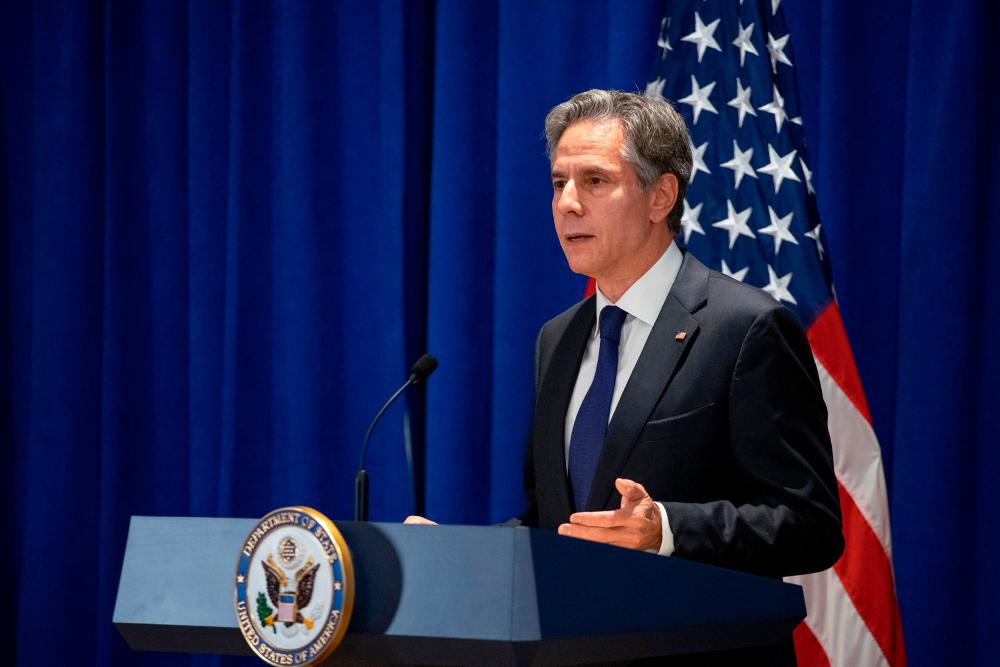 UNITED STATES: US Secretary of State Antony Blinken(pix) said Thursday he believed the world was united on pressing the Taliban after speaking with Pakistan, China and Russia, key players with Afghanistan's new rulers.

Blinken met Thursday on the sidelines of the UN General Assembly with his counterpart from Pakistan, the chief ally of the Taliban regime that was toppled by US troops in 2001, and held talks with ministers of the four other veto-wielding Security Council members including China and Russia on Wednesday evening.

“I think there is very strong unity of approach and unity of purpose,“ Blinken told reporters.

Blinken reiterated US priorities for the Taliban including allowing Afghans and foreigners to leave, respecting the rights of women, girls and minorities, and not letting Afghanistan be used again by extremists such as Al-Qaeda.

Pakistan has called for engagement with the Taliban and the unfreezing of Afghan assets but Qureshi said earlier in the week that there was no rush to recognize a new Taliban government, a step opposed by Western nations.

Qureshi, opening his meeting with Blinken, said, “We have to find a way of collectively working to achieve our common objective, which is peace and stability.”

China and Russia have both moved to engage with the Taliban but have also stopped short of recognition and have longstanding concerns about Islamic extremism.

The Taliban swept through Afghanistan last month after President Joe Biden withdrew US troops, saying there was no point in extending America's longest war beyond 20 years.-AFP