Bolsonaro rushes through changes to Brazil 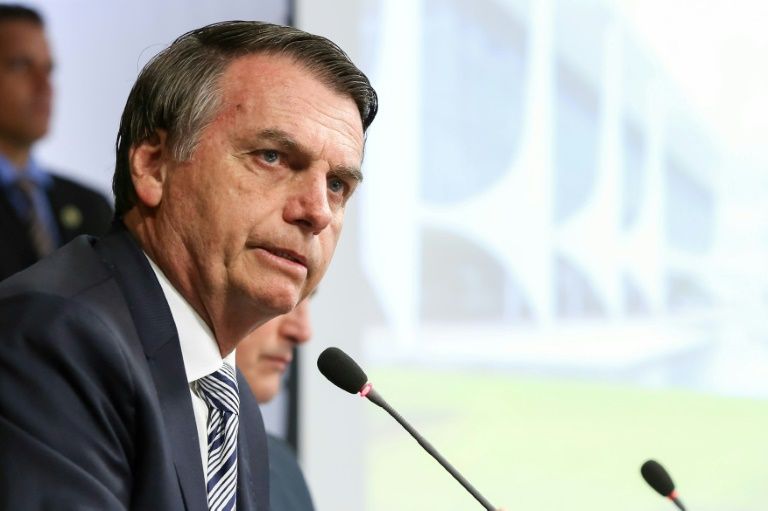 Brasília: The new government of Brazil’s far-right President Jair Bolsonaro hit the ground running on its first day of business Thursday, rushing through changes to put a conservative stamp on the country by trashing progressive achievements of past administrations.

The quick reshaping of Brazilian politics spoke to Bolsonaro’s desire to reform Latin America’s biggest economy while in his initial electoral honeymoon phase, before fractures might appear in his atypical cabinet or his ad-hoc legislative alliances.

It also echoed the changes President Donald Trump brought to US politics. Bolsonaro, sometimes called “the Trump of the tropics,“ is an avowed admirer of the US leader and wants Brazil and America to form an axis through the Western Hemisphere.

The measures passed so far have been by temporary decree, pending approval by the incoming Congress that starts its new session next month.

- Stripping the indigenous affairs agency FUNAI of the power to define native land.

Bolsonaro tweeted that fewer than a million people out of Brazil’s population of 210 million lived in territories set aside for indigenous communities and those descended from slaves. “Together we will integrate these citizens,“ he said.

- Removing Lesbian/Gay/Bisexual/Transgender issues from the remit of the human rights ministry.

A lawyer active in the LGBT community, Juliana Maggi, told AFP that move was “an affront,“ though she added that constitutional changes would be needed to overturn gay rights to recognized partnerships and family.

The Americas division of Human Rights Watch expressed concern, saying it showed a misunderstanding of “the independent role these entities have in an open and democratic society.”

- Removing fishing from the responsibility of the environment ministry.

Other areas Bolsonaro has said he wants to tackle is removing “Marxist garbage” from educational curricula, and setting Brazil on a collision course in Latin America with the leftist-ruled regimes of Venezuela, Cuba and Nicaragua.

They all align with Bolsonaro’s stated aim, voiced on Tuesday when he took office, to “free Brazil from Socialism” — to do away with decades of center-left policies brought in between 2003 and 2016 when the Workers Party ruled the country.

The icon of the Workers’ Party, popular former president Luiz Inacio Lula da Silva, is now in prison serving time for corruption. Bolsonaro has said he hopes Lula will “rot” behind bars.

In terms of the economy, which is still fragile after exiting a record-busting recession two years ago, Bolsonaro has handed much of the control over to his economy minister, Paulo Guedes, a US-trained free-market advocate.

Guedes on Wednesday reaffirmed his determination to cut Brazil’s public spending and debt, with reform of the unsustainable pension system a priority.

Markets reacted favorably to the new government, propelling the Sao Paulo stock market index to a record high on Wednesday, though one day later it was treading water.

Bolsonaro said Thursday he expected allowing private control of rail lines, airports and ports would “quickly” bring in around US$1.8 billion, (RM7 billion) in investment and boost infrastructure.

But Candido cautioned the optimism will only hold if Congress confirms Bolsonaro’s measures, but so far “this government has the momentum.” — AFP