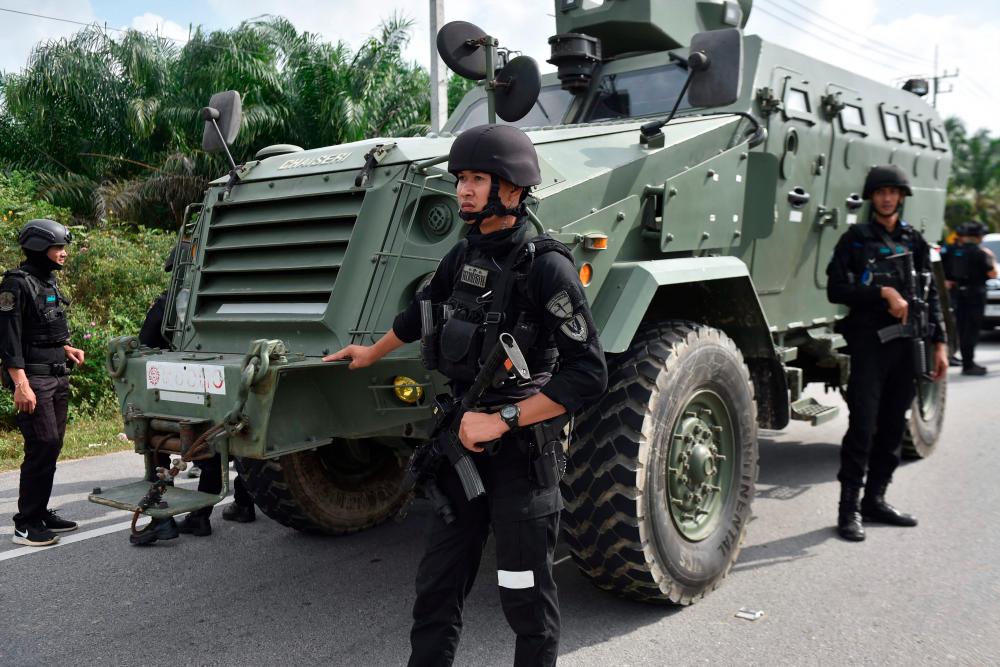 NARATHIWAT: A civilian was killed and two others were seriously injured in a bomb blast in Narathiwat, southern Thailand, today.

Narathiwat Regional Police Chief, Maj Gen Pol Waesamae Salae said in the incident at about 8.30 pm (local time) on Saturday, the victim who was killed took shelter in a hut near a checkpoint with his wife who was also injured in the incident.

“A homemade bomb weighing 20 kilogrammes was attached to a gas canister and placed on top of a modified motorcycle and it was activated using a walkie-talkie.

“The force of the explosion and bomb fragments killed the 74-year-old man at the scene while his 57-year-old wife was seriously injured,“ he said at a press conference here today.

Besides, he said a man, 56, in a nearby house was also injured when the roof of the house collapsed due to the force of the bomb blast.

“Both victims are now receiving treatment at a hospital,“ he said. - Bernama