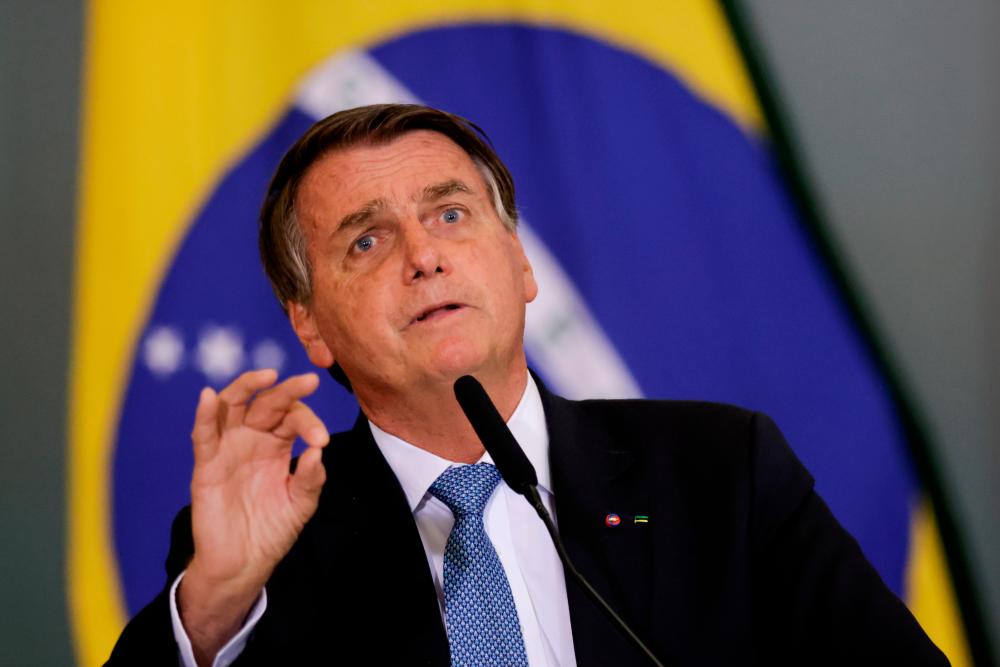 Brazil’s President Jair Bolsonaro gestures during the ceremony for the Modernization of Occupational Health and Safety Regulations, at the Planalto Palace in Brasilia, Brazil October 7, 2021. REUTERSpix

RIO DE JANEIRO: A Brazilian Senate probe into the government’s handling of the Covid-19 pandemic will recommend in its final report due next week that President Jair Bolsonaro face 11 criminal charges, the senator leading the inquiry said on Friday, though it remains highly unlikely that he will face a trial on any such charges.

Renan Calheiros said during a radio interview that the investigation launched in April https://www.reuters.com/world/americas/brazil-senate-pushes-forward-with-probe-bolsonaros-covid-19-response-2021-04-14 has collected evidence to show that Bolsonaro should be formally charged with genocide against the country’s indigenous population, malfeasance, irregular use of public funds, violation of sanitary measures, incitement to crime and forgery of private documents, among other crimes.

The far-right president, who himself was infected with the coronavirus in July 2020, has railed against lockdown measures, pushed unproven cures, sowed vaccine doubts and downplayed the severity of Covid-19.

The report is scheduled to be released by the Senate investigative panel next Tuesday. The panel’s members the following day are set to vote on approving the text before sending it on the attorney general’s office on Thursday to decide if Bolsonaro and others should be charged.

The attorney general’s office can charge the president, but the Supreme Court, which would try him, must request authorization from the lower house to proceed. Experts say the lower house is highly unlikely to sign off on such a request.

The president’s office did not immediately respond to request for comment.

Bolsonaro’s approval ratings have fallen in public opinion polls over his handling of the public health crisis. More than 600,000 people have died from Covid-19 in Brazil, second only to the United States.

The report is also likely to recommend that some of Bolsonaro’s sons and his former Health Minister Eduardo Pazuello also be charged with crimes, Calheiros said. Calheiros did not identify which sons may face charges.-Reuters