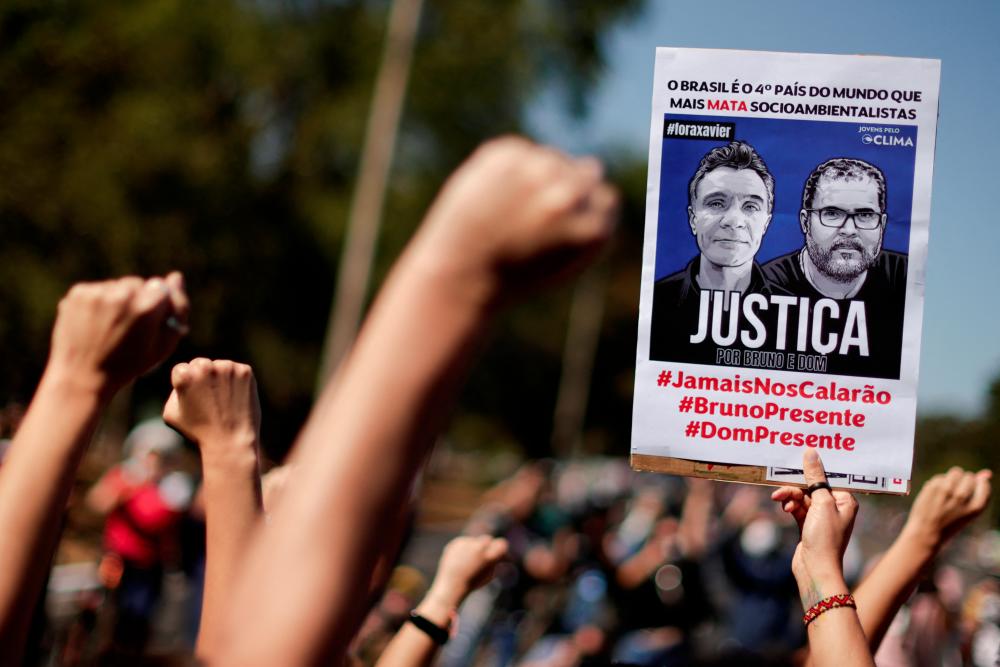 People take part in a protest to demand justice for journalist Dom Phillips and indigenous expert Bruno Pereira, who were murdered in the Amazon, in Brasilia, Brazil June 19, 2022. REUTERSpix

The police did not name the new suspects, adding in a short statement that ongoing investigations aim to “clarify all the circumstances, motives and those involved in the case”.

So far, Amarildo da Costa Oliveira, a fisherman who police say confessed to killing the two victims, his brother, Oseney da Costa, and a third man, Jeferson da Silva Lima, have been arrested.

Phillips, a freelance reporter who had written for the Guardian and the Washington Post, was doing research for a book on the trip with Pereira, a former head of isolated and recently contacted tribes at federal indigenous affairs agency Funai.

They were reported missing on June 5 after traveling together by boat through the Javari Valley, a remote region bordering Peru and Colombia. According to police, both were shot with hunting ammunition.

Shock at their fate has echoed across Brazil and around the world, highlighting the overhaul of indigenous agency Funai under President Jair Bolsonaro, along with a rising tide of violence and criminal incursions on native lands. — Reuters