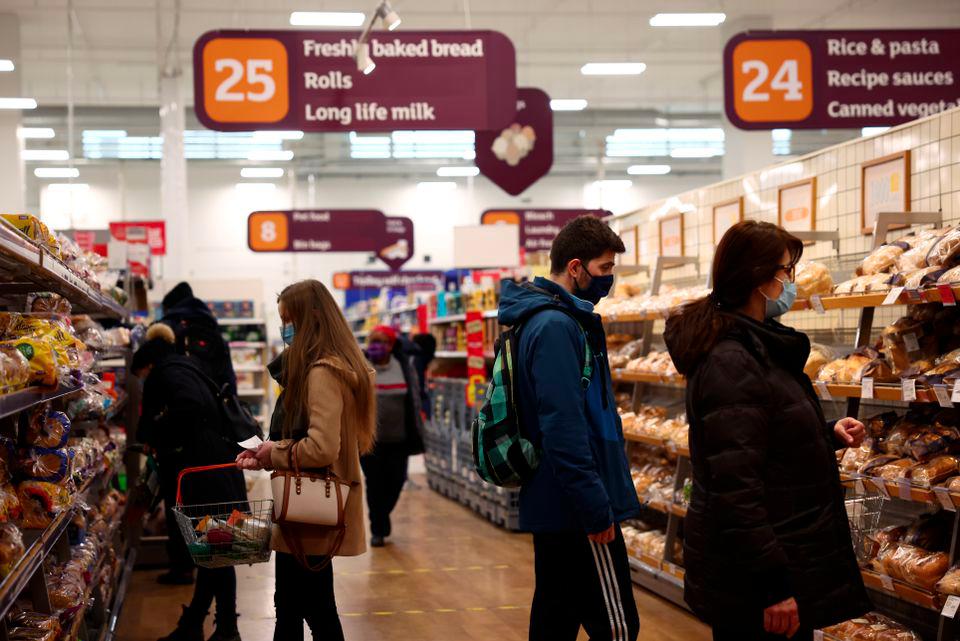 Shoppers look at bread in a Sainsbury’s supermarket, amid the coronavirus disease (Covid-19) outbreak, in London, Britain January 12, 2021. REUTERSpix

LONDON: Britain will delay by a year new rules banning multi-buy deals on foods and drinks high in fat, salt, or sugar (HFSS), with the government saying on Saturday it needed more time given the cost of living crisis.

The ban on the deals, including “buy one get one free” (BOGOF), “3 for 2”, and restrictions on free refills for soft drinks, had been due to come into force in October.

Economies across the world have been affected by higher than expected global energy and goods prices, partly because of the war in Ukraine, leading to increased costs across supply chains that are affecting both businesses and consumers.

“Pausing restrictions on deals like buy one get one free will allow us to understand its impact on consumers in light of an unprecedented global economic situation,“ public health minister Maggie Throup said.

“This is incredibly disappointing and short-sighted, especially in light of the recent World Health Organization report showing that only in the United States is the level of obesity higher than in Europe,“ said Professor Rachel Batterham, the RCP’s special adviser on obesity.

The government said new rules banning HFSS adverts on television before 9 p.m. and paid-for adverts online would also be paused for a year, meaning they will not come into force until January 2024.

This was blamed on a delay to the legislative process, as well as a “growing recognition that the industry needs more time to prepare”.

However, new rules limiting the location of HFSS foods in stores will go ahead as planned in October.

These will mean less healthy products can no longer be promoted in the most visible locations, such as checkouts, store entrances, aisle ends and their online equivalents. — Reuters