British armed forces to allow people with HIV to enlist 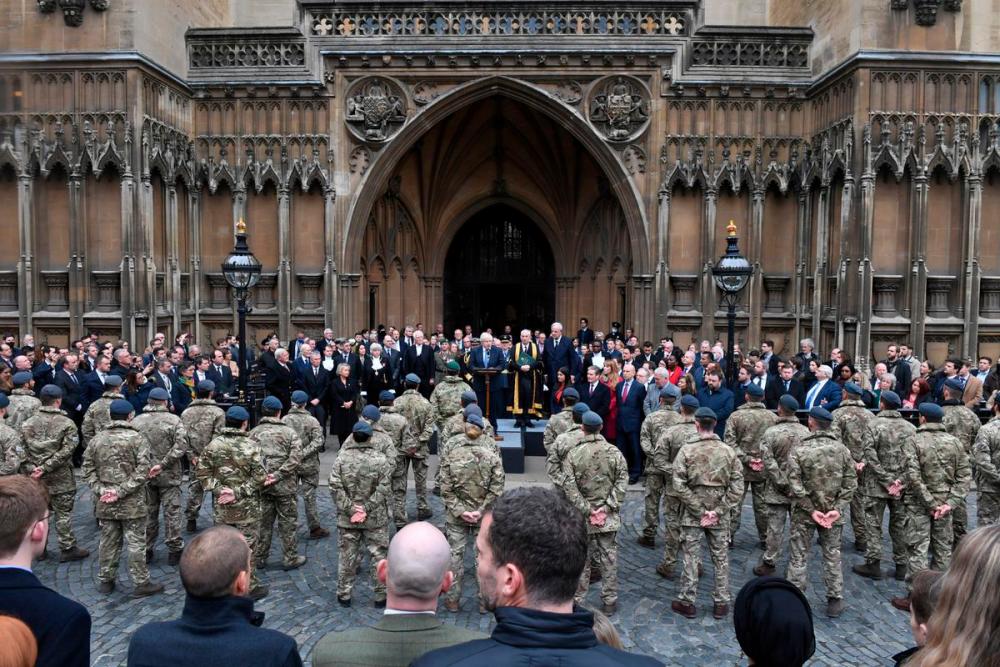 British Prime Minister Boris Johnson speaks at an event to thank the UK armed forces for their role in the Afghanistan evacuation operation earlier this year, in London, Britain, November 24, 2021. UK Parliament/Jessica Taylor/Handout via REUTERSpix

LONDON: Britain plans to allow people who have tested positive for HIV to join the armed forces if they no longer carry a detectable amount of the virus, its defence ministry said on Wednesday.

Military personnel who become infected with HIV after enlistment can already remain in the armed forces - though they are classed as not fully fit, a categorisation which the defence ministry said it planned to change too.

“Drug treatment has revolutionised the lives and outcomes of people diagnosed with HIV. As a modern and inclusive employer, it is only right that we recognise and act on the latest scientific evidence,“ junior defence minister Leo Docherty said.

The United States also currently bans people with HIV from joining its armed forces, and has faced legal challenge over its policy not to allow enlisted personnel who are HIV positive to commission as officers.

With the right treatment, the amount of virus in the blood of people infected with HIV can be reduced to undetectable levels, which in turn effectively eliminates the chances of them passing the virus which causes AIDS on to others.

From early next year, serving British military personnel who have tested positive for HIV, but no longer carry a detectable viral load, will be classed as fully fit, meaning they can be deployed on military operations.

People taking drugs that reduce the risk of contracting HIV will also be able to join the armed forces. Historically anyone taking regular medication has been unable to join Britain’s armed forces, with limited exceptions such as contraceptives.

The planned changes were welcomed by Britain’s National AIDS Trust. “A career in the armed forces was the only career not open to people living with HIV in the UK, and with this much-needed change the military will be more able to meet its obligation to promote inclusivity within its ranks,“ said Deborah Gold, the trust’s chief executive. — Reuters