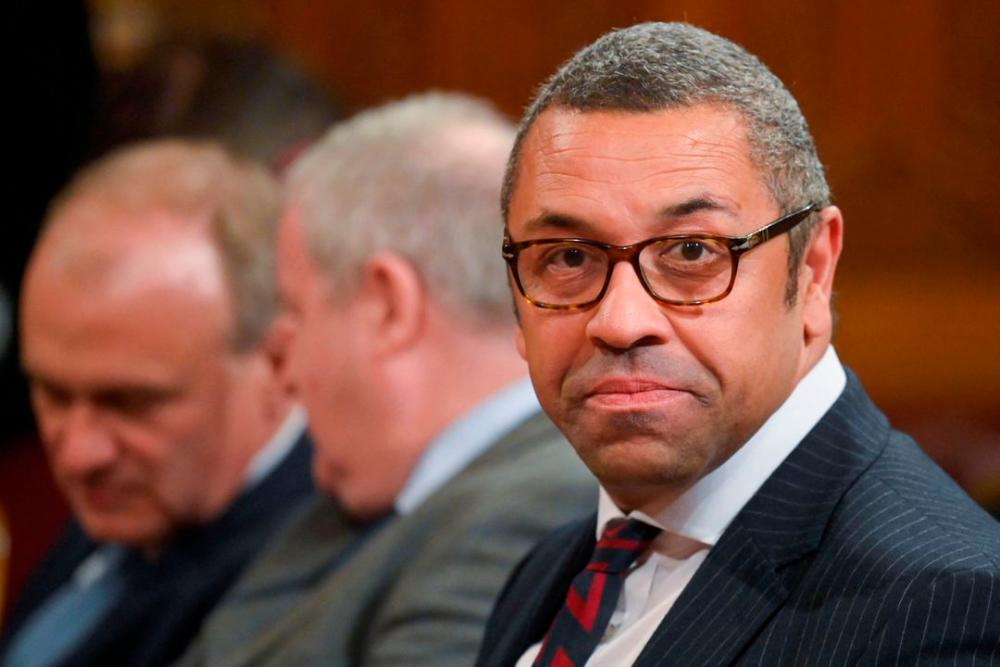 British Secretary of State for Foreign, Commonwealth and Development Affairs James Cleverly looks on during a state visit of South African President Cyril Ramaphosa at the Houses of Parliament, in London, Britain, November 22, 2022. REUTERSpix

KYIV: British Foreign Secretary James Cleverly unveiled millions of pounds in additional support for Ukraine during a visit to Kyiv on Friday, as the country grapples with Russian air strikes on vital infrastructure with winter setting in.

Cleverly, who met President Volodymyr Zelenskiy and Foreign Minister Dmytro Kuleba, condemned Russia for targeting civilians, hospitals and energy infrastructure in attacks that have caused days of blackouts in the capital.

“As winter sets in, Russia is continuing to try and break Ukrainian resolve through its brutal attacks on civilians, hospitals and energy infrastructure. Russia will fail,“ he said.

Zelenskiy’s office posted a video of the Ukrainian president shaking hands with Cleverly. “Nice to meet you minister, you’re welcome,“ he said, thanking Britain for its support.

“I have today announced a package of hands-on support for our Ukrainian friends in their fight, from ambulances to crucial support for survivors of the sexual violence carried out by the Russian military,“ Cleverly said.

Britain's new Prime Minister Rishi Sunak made his first visit to Kyiv on Saturday and vowed to continue the firm support for Ukraine that Britain provided under his predecessors.

“I’ve seen here first-hand how the UK’s efforts are helping brave citizens to resist and rebuild. Our support will continue for as long as it takes for this remarkable country to recover,“ Cleverly said. - Reuters