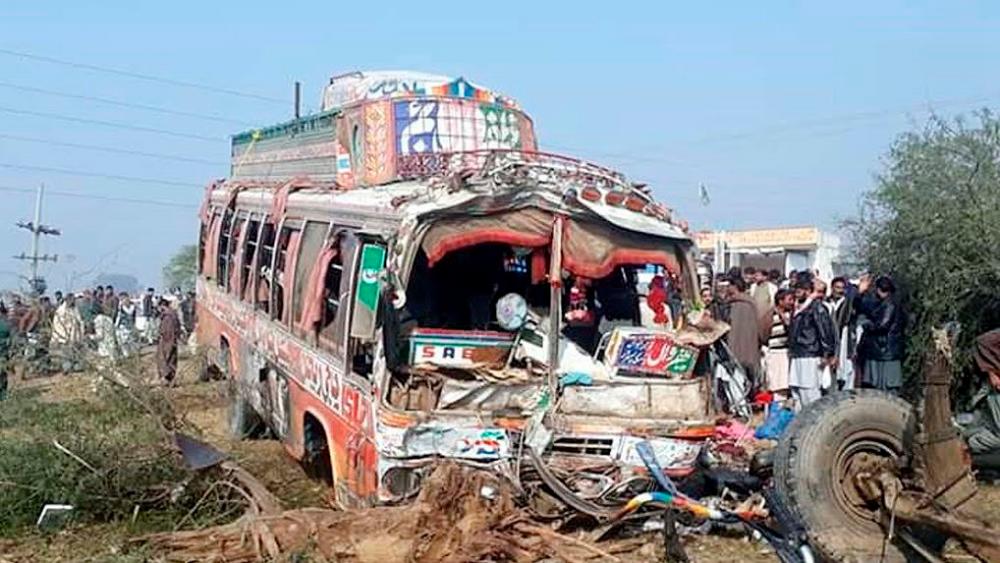 ISLAMABAD: At least 20 people were killed and 14 others injured when a minibus crashed into a deep, water-logged ditch in southern Pakistan, police said Friday.

Pakistan has the world's third-highest death rate from road accidents, a dire record blamed on decrepit highways and reckless driving.

Late Thursday in Sindh province, the bus “fell into a water-filled ditch on a road swept away by floods this summer”, local police official Khadim Hussain told AFP.

“The driver could not see the diversion sign on the road and so the van plunged into a 25-feet deep ditch.”

Pakistan was lashed by record monsoon rains this year that put a third of the country underwater, displaced eight million people and battered its already crumbling infrastructure.

Credible research has linked the catastrophic flooding to climate change.-AFP