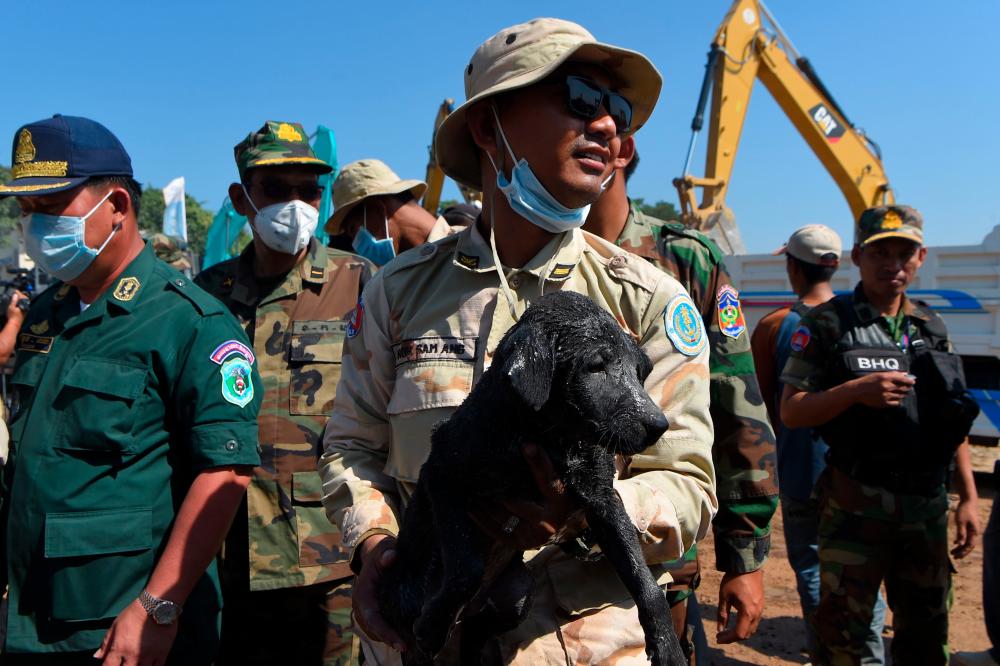 A rescuer carries a puppy that was found underneath rubble at the site where an under-construction building collapsed on January 3, in southern Cambodia's coastal Kep province on January 5, 2020. - AFP

PHNOM PENH: Thirty-six people were killed and 23 more injured when a tourist guesthouse under construction in Cambodia collapsed, trapping workers under rubble, officials said on Sunday.

Officials said rescue operations ended two days after the seven-storey concrete building collapsed on Friday in the coastal town of Kep, about 160 km southwest of the capital Phnom Penh.

The 36 dead included six children and 14 women, officials said in a statement that did not detail why children were at the construction site.

Kep Governor Ken Satha said that the owners of the building, a Cambodian couple, had been detained for questioning.

However, Prime Minister Hun Sen defended the government response and said that no officials in Kep province would be fired.

“Building collapses don’t only happen in Cambodia ... they happen elsewhere ... including in the United States,“ Hun Sen said in a news briefing.

Cambodia is undergoing a construction boom to serve growing crowds of Chinese tourists and investors.

The Kep building collapse came six months after 28 people were killed when a Chinese-owned construction site collapsed in Preah Sihanouk province. Seven people were charged with involuntary manslaughter and Hun Sen fired a disaster management official over that accident. - Reuters