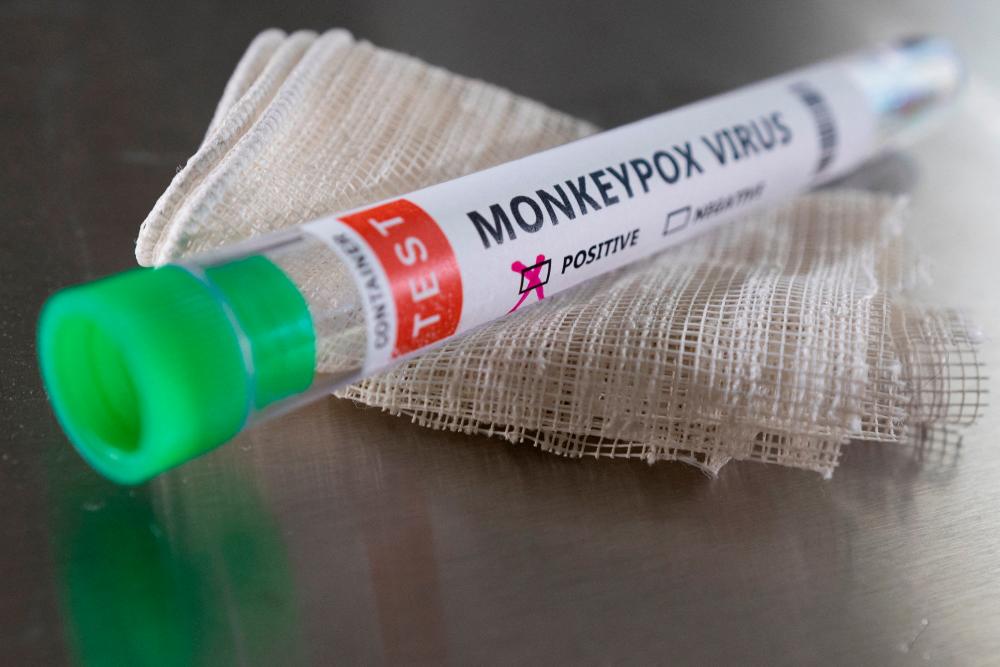 OTTAWA: The Public Health Agency of Canada (PHAC) confirmed 1,206 cases of monkeypox including 32 hospitalisations in the country as of Wednesday.

Nationally, there has been a slowing trend in the increase in new cases reported in recent weeks but the disease spread to more regions in the country.

The health agency said that of the confirmed cases, 583 cases are from Ontario, 471 from Quebec, 125 from British Columbia, 19 from Alberta, three from Saskatchewan, two from the Yukon and one each from New Brunswick, Manitoba and New Brunswick, reported Xinhua.

The agency has deployed more than 105,000 doses of Imvamune vaccine to provinces and territories, with over 59,000 people vaccinated with at least one dose as of Aug 14.

Experts say monkeypox is a viral disease that can spread from person to person through close contact with an infected person, including through hugs, kisses, massages or sexual intercourse. - Bernama