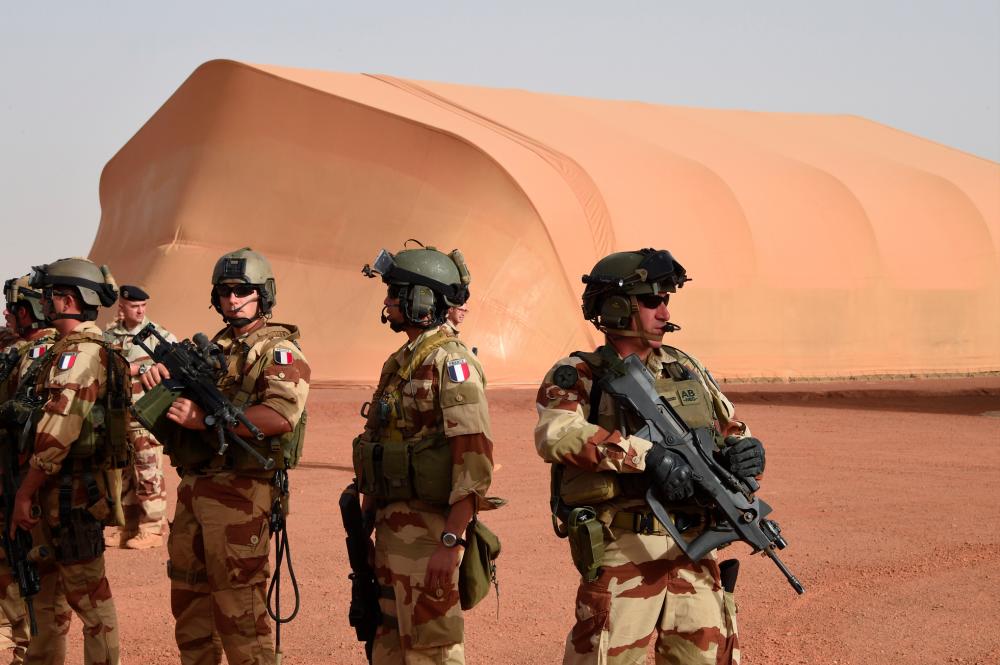 French soldiers of the detachment of the Operation Barkhane standing outside the French base in the northern Malian city of Gao. — AFP

PARIS: Three French and Estonian troops were wounded on Monday when a car bomb exploded at the entrance to an international peace-keeping base in the Malian town of Gao, France’s military said on Monday.

“There was an attack... at the entrance to the French part of the camp in Gao,“ French military spokesman Colonel Frederic Barbry told AFP.

“There was no incursion into the base.”

He said the soldiers’ injuries were not life-threatening but did not give a breakdown of the casualties.

Around 50 Estonian troops provide protection and security patrols for the Gao camp, which is the main base for the French Operation Barkhane.

A year ago, French soldiers on patrol were targeted in Gao by a car bomb attack, which left four dead and around 20 civilians wounded.

Around 4,000 French troops are deployed under Operation Barkhane alongside the United Nations 12,000-strong MINUSMA peacekeeping operation in Mali.

France launched an intervention to chase out jihadists linked to Al-Qaeda who had overtaken key northern cities in Mali in 2013. — AFP