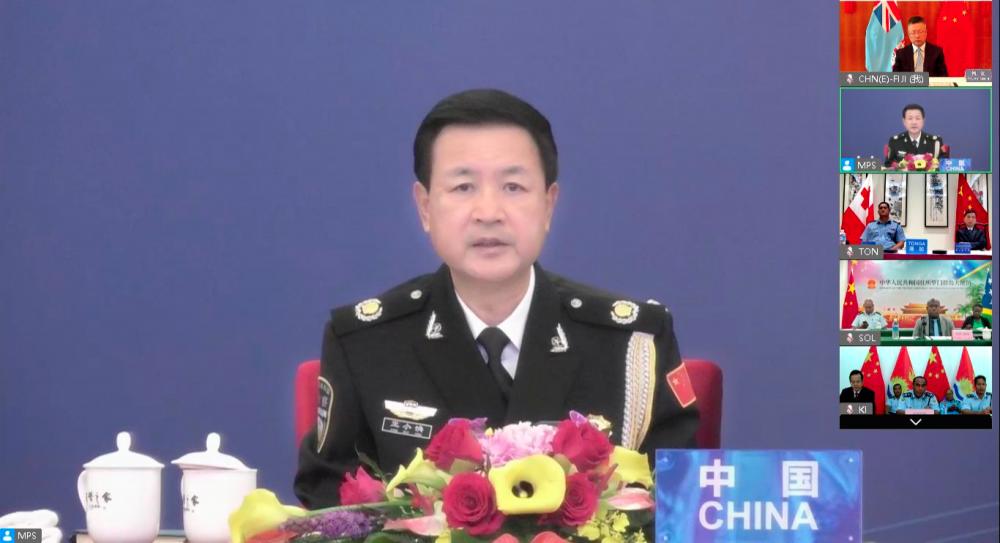 SYDNEY: China said it held a video meeting to discuss police cooperation with several Pacific island nations on Tuesday, with at least two nations telling Reuters their ministers and police commissioners were unavailable to attend.

China’s attempt to strike a security and trade deal with 10 Pacific island nations in May fuelled concern in Washington and Canberra about Beijing’s military ambitions in the region, and prompted a boost in Western aid.

Those concerns were first sparked when Solomon Islands struck a security pact with China in April.

A photograph posted to the Twitter account of the Chinese embassy in Fiji showed Veke as the only Pacific islands minister at the video meeting.

The heads of the police departments of Fiji, Vanuatu, Kiribati, Tonga and Papua New Guinea had attended, Xinhua reported.

Tonga’s Minister of Police and its Commissioner of Police, who is an Australian citizen, were unavailable, a Tonga police spokeswoman told Reuters.

“There was another representative from Tonga,“ she added.

Papua New Guinea’s Commissioner of Police also did not attend; the most populous South Pacific island was instead represented in the meeting by a police superintendent, a PNG police spokesman told Reuters.

China’s foreign ministry spokesman Zhao Lijian said on Wednesday that officials from the five Pacific island nations with the ranks of superintendent, deputy superintendent and acting commissioner of police had attended.

“Representatives of the participating island countries expressed their hope to deepen police and law enforcement cooperation with China to promote security, development and prosperity in the region,“ he told a regular briefing in Beijing. Reuters could not immediately verify the information with the Pacific island countries.

Papua New Guinea is negotiating a defence pact with Australia, while Fiji signed an agreement with Australia last month to allow the operation of each nation’s militaries in the other country.

At a White House summit in September, the United States pledged to boost aid and step up FBI training for Pacific islands including the Solomon Islands. - Reuters