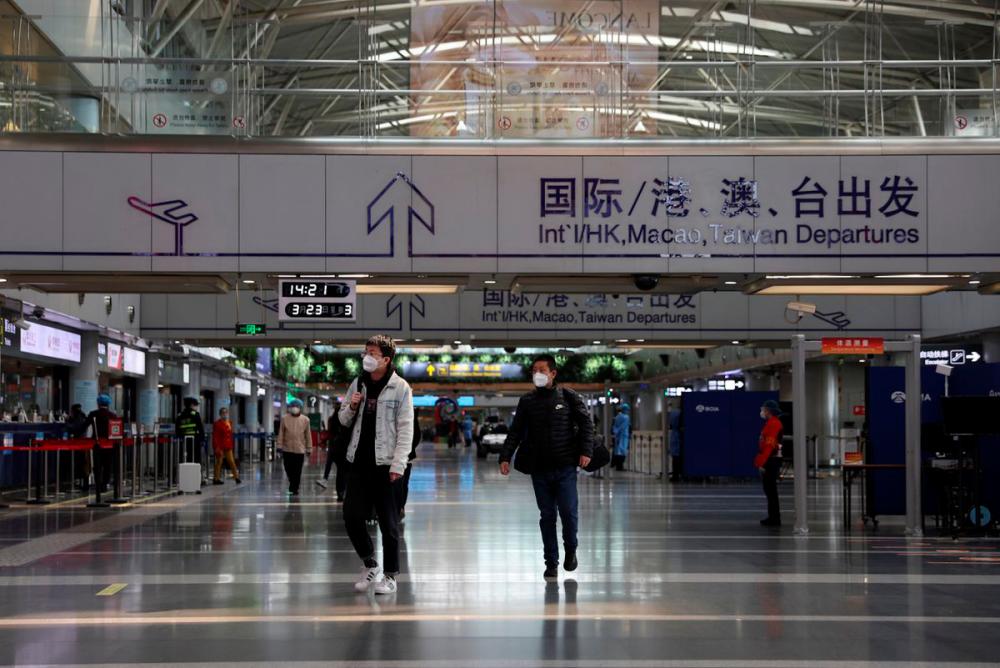 BEIJING: Online searches for Chinese airline tickets on domestic and international routes surged on Wednesday, after Beijing said it would slash Covid-19 quarantine requirements and made changes to a state-mandated mobile app used for local travel.

The unexpected moves mark a significant easing of rigid curbs that have severely curtailed travel and battered China’s economy, although tough measures remain in place including a scarcity of international flights, and many social media users voiced caution.

The industry ministry said on Wednesday that a Chinese mobile app that shows whether a person has travelled in a Chinese city with Covid-affected areas will no longer mark that history with an asterisk, one of the many means China has of tracking and curbing the virus’s possible spread.

The asterisk helped local authorities to impose curbs such as quarantines and Covid testing, and sparked widespread complaints.

“It looks like a small step, but is a rather big step,“ a user wrote on the Twitter-like Weibo, where the announcement quickly became the top topic with more than 200 million views.

It came a day after Beijing eased quarantine rules and as Shanghai resumed restaurant dining following a two-month lockdown that brought China’s largest city to a halt and infuriated residents.

The two policies triggered a surge in travel inquiries.

The Qunar platform reporting that searches for air tickets rose 60% and doubled for hotels in the 30 minutes after Wednesday’s announcement.

Rival Ly.com reported a similar rise, and flagged a jump in interest for tickets to China from locations including Japan, Singapore and South Korea.

China’s zero-Covid policies have almost completely wiped out international business and leisure travel, while domestic travel has also been hit hard by China’s response to outbreaks in April and May of the highly infectious Omicron variant, which brought drastic lockdowns in several cities.

“It’s too soon to tell how much this will inspire people to travel as in all likelihood they will still need to deal with fairly stringent testing requirements wherever they travel domestically,“ said Ben Cavender, managing director at China Market Research Group.

While the rest of the world tries to live with the virus, China has vowed to stick to its tough curbs, with President Xi Jinping reiterating that the strategy was “correct and effective” and should be firmly adhered to.

Many would-be travellers said on social media and in chatrooms they were taking a wait-and-see approach before trying to book tickets, citing a shortage of flights and government limits on new passports for Chinese looking to go abroad for reasons deemed non-essential.

Most flights into China have been limited to filling 75% of their seats. The country also has a “circuit breaker” system requiring carriers to suspend flights if they have a certain number of Covid-positive passengers.

On Tuesday, the number of international flights, including to Macau, Hong Kong and Taiwan, for this year stood at about 4% of pre-Covid levels, according to consultancy Variflight.

Ticket prices are far above normal. One-way tickets from Singapore to China’s business hub of Shanghai cost between 50,000 and 70,000 yuan ($7,460 and $10,590) on China Eastern Airlines for the period between July and September, for example.