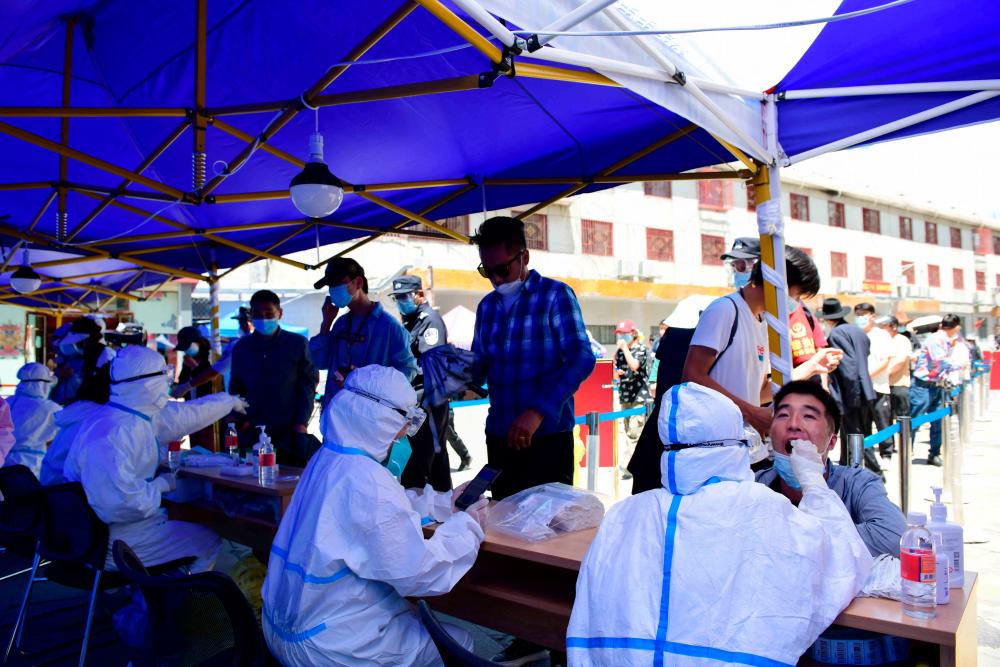 BEIJING: China has warned of the repercussions of the resurgence of Covid-19 infections in neighboring countries on its efforts to curb and control the virus.

Spokesperson for the National Health Commission (NHC), Mi Feng, said that nine provincial-level regions in China have each reported more than 100 coronavirus cases since August, with over 2,000 infections in Hainan, Jordan news agency (Petra) reported.

The official also indicated that the latest Covid-19 outbreak in the coastal city of Sanya in south China’s Hainan province is still evolving at a high level, noting that the epidemic situation in provincial-level regions like Xinjiang, Inner Mongolia, and Guangdong is developing rapidly.

The recently reported cases in the Tibet Autonomous Region also pose a high risk of spread, Mi further said, adding that the epidemiological situation in some provincial-level regions that previously reported infections has been brought under control.

The NHC announced that the mainland on Wednesday recorded 614 new locally transmitted infections last Wednesday, including 559 cases in Hainan province, it reported. - Bernama