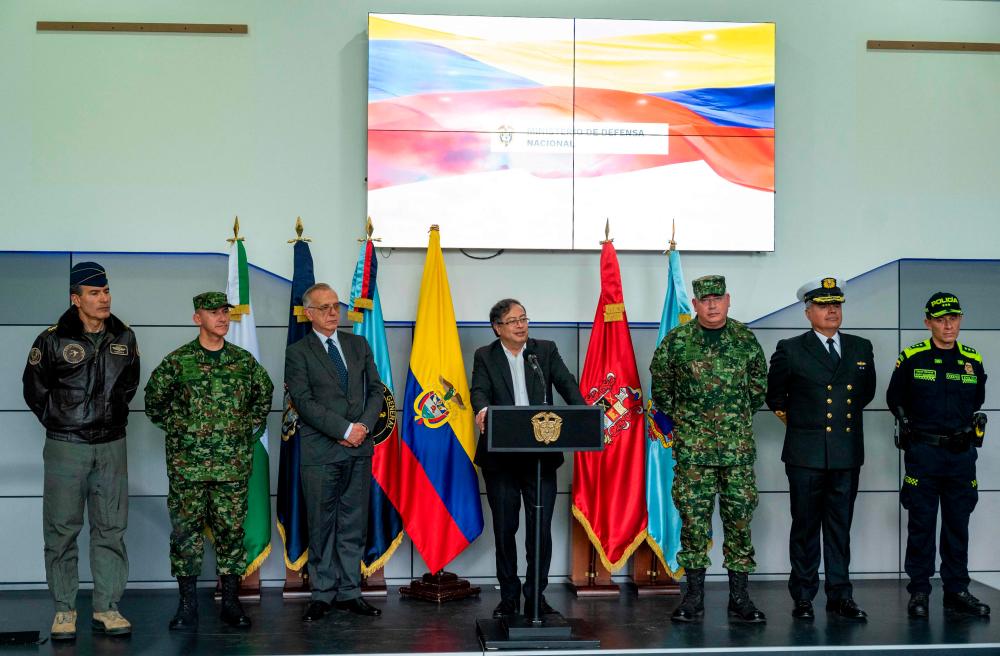 Colombian government officials on Friday met with members of the National Liberation Army (ELN) in Havana, where they have been based since 2018, with Bogota saying it officially recognizes the “legitimacy of dialogue... in the search for peace.”

“Both parties agree on the need to restart a dialogue process with facts that show Colombian society and the world that this will is real,“ High Commissioner for Peace Danilo Rueda said.

Present at the meeting were officials from Norway and Cuba, the guarantors of the talks, as well as representatives of the UN secretary-general and the Colombian Episcopal Conference.

Petro, a former guerilla who has vowed to pursue negotiations with the rebels, has said that he wants to strike new peace agreements with the ELN and other armed organizations, as well as end the government’s “war on drugs,“ which he considers a failure.

At a press conference in Bogota, Petro said that rapprochement with the ELN is “a tentative process of looking at what was left four years ago and seeing what can be rescued.”

Prior talks failed to make it beyond the exploratory stage after right-wing former president Ivan Duque took power in August 2018.

Following Friday's announcement out of Havana, the Colombian government reported the release of nine people who had been held by the ELN since July 13 in the department of Arauca, which borders Venezuela. The group had held 11 people, but two died in captivity.

The ELN, the last recognized guerrilla group in the country after the disarmament of the FARC, expressed its intention to negotiate with Petro shortly after his election.

Hundreds of dissidents of the Revolutionary Armed Forces of Colombia, or FARC, have continued fighting after their comrades put down their arms under a 2016 peace accord that ended more than half a century of armed conflict.

Despite the agreement, Colombia has seen a flare-up of violence due to fighting over territory and resources among the dissidents, the hold-out ELN rebel group, paramilitary forces and drug cartels.

Amid the spike in violence, Petro Friday appointed a new military command with a clear objective to “substantially increase respect for human rights and public freedoms” as well as reduce violence and crime. - AFP