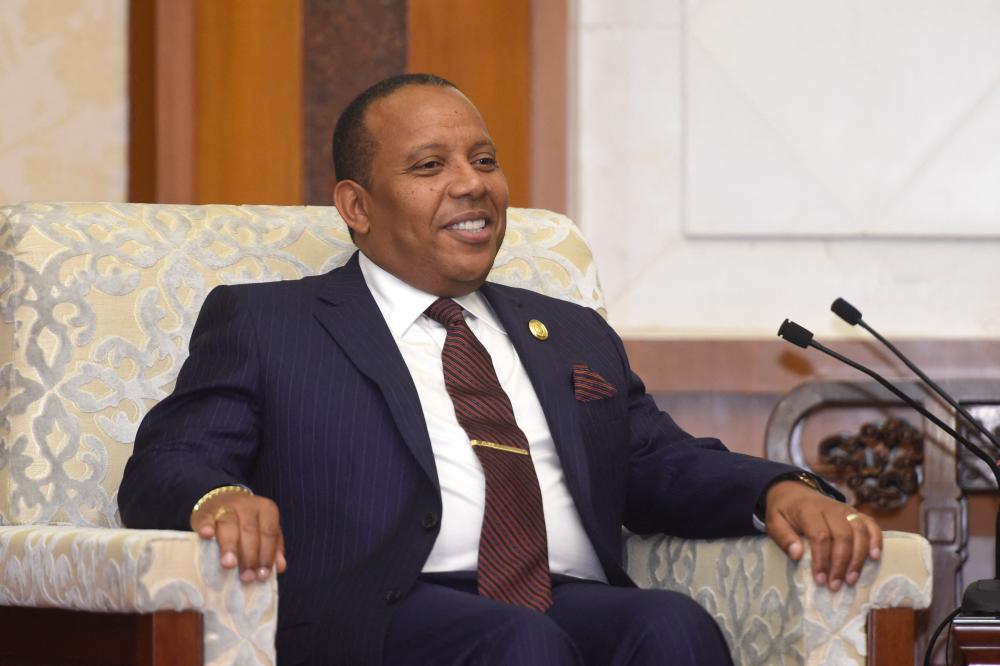 (FILES) In this file photo taken on September 05, 2018 Prime Minister of Sao Tome and Principe, Patrice Trovoada speaks with Chinese Premier Li Keqiang (not pictured) during their meeting at the Diaoyutai State Guesthouse in Beijing, a day after the conclusion of the Forum On China-Africa Cooperation. AFPPIX

LIBREVILLE: A coup attempt early Friday failed in Sao Tome and Principe, said the prime minister of the tiny island nation off the western coast of Africa generally praised for its stability.

He said Neves was one of several people arrested.

A resident speaking to AFP anonymously by phone said she had heard “automatic and heavy weapons fire, as well as explosions, for two hours inside the army headquarters” in the nation’s capital.

In Trovoada’s message, authenticated and sent to AFP in Libreville by Sao Tome’s justice minister, Trovoada is shown seated at a desk and says he wants to “reassure” the population and “the international community”.

“There was an attempted coup d’etat which began around 00:40 am and... ended shortly after 6 am,“ he said, adding that “armed forces were attacked in a barracks.”

“The situation in the barracks is under control, but we must be sure that the country is completely under control,“ Trovoada said.

Military personnel were deployed overnight to secure the residences of members of the government and the president, the resident noted.

She added that the city was now calm: “People are going about their normal business but schools have asked parents not to send their children”.

A former Portuguese colony in the Gulf of Guinea, the nation of some 215,000 people is deeply poor and depends on international aid, but is also praised for its political stability and parliamentary democracy.

Neves lost his position on November 11 when the new chamber was installed following elections in September, won in an absolute majority by Trovoada's centre-right Independent Democratic Action (ADI) party.

The ADI is one of two major parties that have vied to run the country since independence in 1975, along with the Movement for the Liberation of Sao Tome and Principe-Social Democratic Party (MLSTP-PSD).