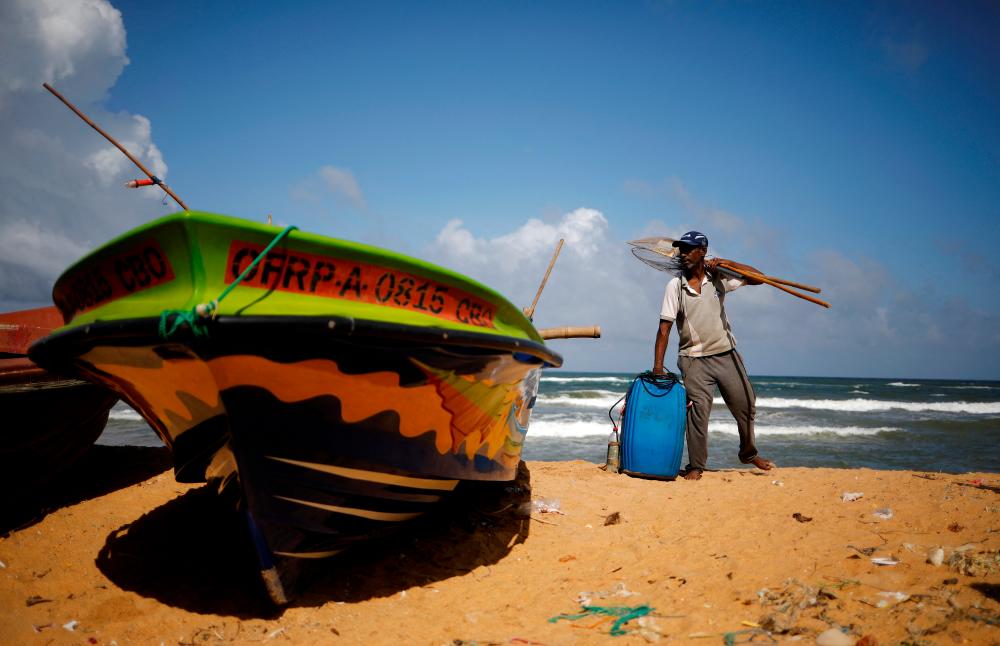 H.S.D. Peiris, 45, carries his empty diesal container as he returns home after fishing, amid the country’s economic crisis, in Colombo, Sri Lanka, May 22, 2022. REUTERSPIX

The South Asian island nation has suffered months of dire shortages and anti-government protests, which turned deadly earlier in May with at least nine people killed.

Diesel prices have increased 230 percent and petrol has gone up 137 percent in the past six months.

Both are in short supply and motorists have to queue, sometimes for days, to fill up.

An acute foreign exchange shortage has also led to widespread scarcity of food and medicines, with the public suffering lengthy electricity blackouts and high inflation.

Bus and taxi fares have risen by up to 50 percent sparking price increases in almost all goods and services, officials said.

Wijesekera said the government was seeking a $500 million loan from India to purchase fuel, in addition to two credit lines worth $700 million already provided by New Delhi.

The census office reported Monday that the country's overall inflation last month was a staggering 33.8 percent year on year, with food inflation at an even higher 45.1 percent.

However, an economist at Johns Hopkins University, Steve Hanke, who tracks prices in the world's trouble spots, said Sri Lanka's inflation was even higher than officially reported.

“Inflation is crushing the poorest in Sri Lanka,“ he added.

Sri Lanka last month announced a sovereign default on its $51 billion foreign debt and is in talks with the International Monetary Fund to secure a bailout.

Cabinet spokesman Bandula Gunawardana said the government decided on Monday to appoint consultants to help Colombo negotiate debt restructuring as a prelude to an IMF programme.

Prime Minister Ranil Wickremesinghe took office this month after the protest violence forced the resignation of his predecessor Mahinda Rajapaksa, the brother of the president.

Protesters are continuing to demand the president quit, and the country is still without a finance minister to conduct urgent bailout talks with the IMF. - AFP