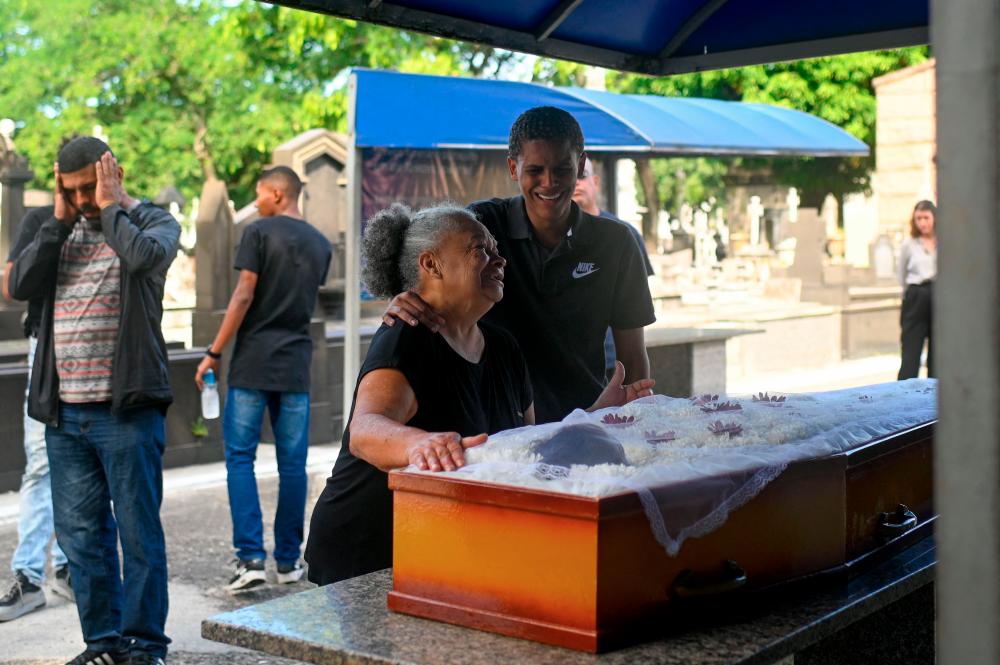 Divone Ferreira, mother of Gabrielle Ferreira da Cunha, 41, who was killed by a stray bullet while being inside her house during a police operation in a neighbouring favela, cries next to her daughter's coffin at the Sao Francisco Xavier Cemetery in Rio de Janeiro, Brazil, on May 25, 2022. AFPPIX

RIO DE JANEIRO: The number of people killed as a result of Tuesday’s police operation in a favela, or marginal neighbourhood, in Brazil’s Rio de Janeiro rose to 25, after three people died from their wounds in a local hospital, the Military Police said Wednesday.

The operation by the Federal Police, the Federal Highway Police and the Military Police took place in Vila Cruzeiro in an attempt to capture leaders of the city’s largest criminal faction, reported Xinhua.

The Military Police said that police officers responded to the attack by alleged criminals in the favela, leaving 15 suspects dead, while a 41-year-old woman was killed by a stray bullet and nine other bodies have not been identified.

Rifles, pistols and a grenade were seized during the operation, along with a large quantity of drugs, and motorcycles and vehicles used by the alleged criminals.

This is the second deadliest police operation carried out by security forces in Rio de Janeiro, after the one carried out a year ago in the Jacarezinho favela where 28 people died. - Bernama