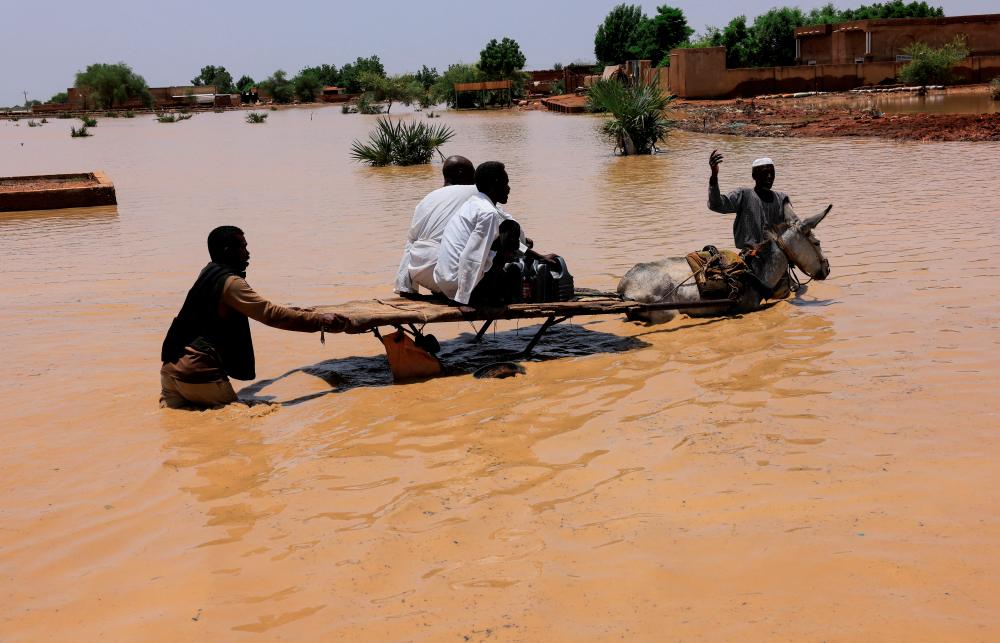 People ride a donkey cart to cross the water during flood in Al-Managil locality in Jazeera State, Sudan, August 23, 2022. - REUTERSPIX

KHARTOUM: More than 100 people have been killed and tens of thousands of homes destroyed by flooding caused by torrential rain since Sudan’s wet season began in May, police said Sunday.

Heavy rains usually fall in Sudan between May and October, and the country faces severe flooding every year, wrecking property, infrastructure and crops.

Last month, Sudan declared a state of emergency due to floods in six states.

“The number of people killed by floods and heavy rains has reached 112,“ said Abdel Jalil Abdelreheem, spokesman for Sudan’s National Council for Civil Defence, a unit of the police.

The authorities had previously in late August given a figure of 79 dead from flooding so far this wet season.

“A total of 34,944 houses were completely destroyed while 49,060 were partially damaged,“ Abdelreheem told AFP, adding that around 115 people had been injured.

The United Nations, citing government figures, said a week ago that the floods have so far affected 226,000 people across Sudan.

The eastern states of Gedaref and Kassala, North and South Kordofan state, River Nile state, and the Darfur region were among the most badly affected, according to the UN children’s agency, UNICEF.