Death toll in Philippines from strom Megi up to 121 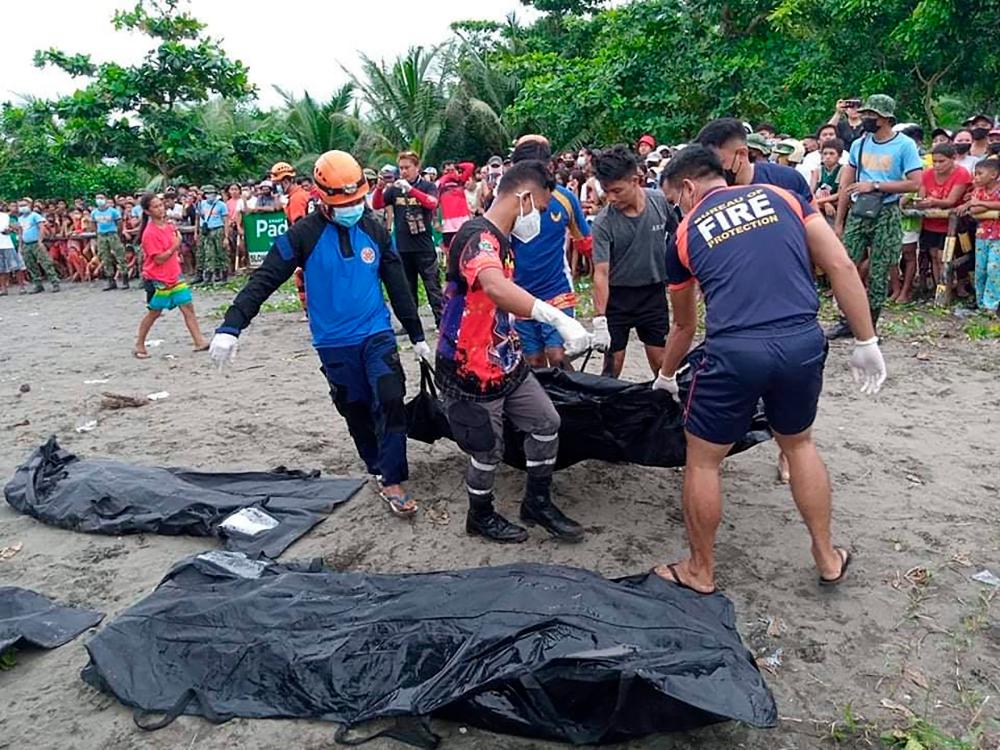 Rescuers carry a body bag containing the dead body of a victim of a landslide that slammed the village of Pilar in Abuyog town, Leyte province on April 13, 2022, days after heavy rains inundated the town brought about by Tropical Storm Megi. AFPPIX

MANILA: The death toll from the tropical storm that battered the Philippines over last weekend rose to 121, including 81 victims buried by landslides in a central Philippine city, reported Xinhua, quoting authorities on Thursday.

The deaths include 118 in the central Philippines and three in the southern Philippines – the areas that experienced flooding and massive landslides triggered by tropical storm Megi.

However, the National Disaster Risk Reduction and Management Council reported only 76 deaths and 29 missings so far. The agency, which culls reports from the provinces affected by disasters, said it is verifying the number of casualties.

Police Colonel Ma. Bella Rentuaya, spokesperson for the national police in the Eastern Visayas region, said that as of Thursday, 113 have died from landslides and floods in the region.

She said in a report that 81 died in landslides in Baybay City and 31 in Abuyog town in Leyte province, and one in Samar province, adding that five more are missing, and at least 236 were injured in the storm.

Megi, which hit land last Sunday, is the first tropical storm this year to hit the Southeast Asian country, which is battered by about 20 typhoons and storms every year. The Philippines archipelago lies on the Pacific typhoon belt, making it one of the world’s most disaster-prone countries. - Bernama 1.Allegations of discrimination against Indian nationals at klia2 incorrect

3.Cooking oil: 17 per cent of traders selling below maximum price