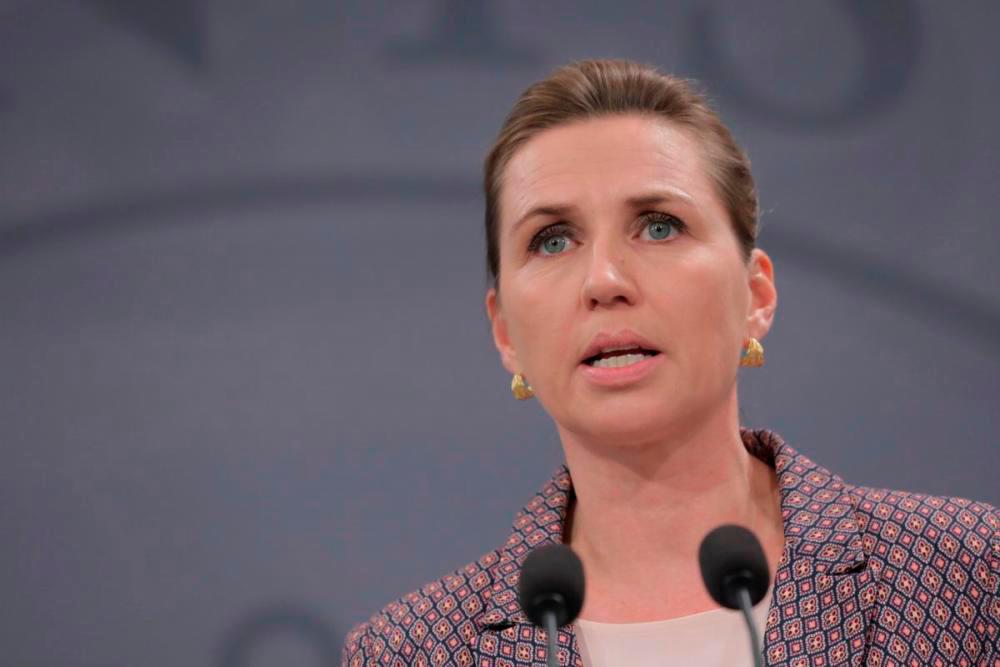 Denmark’s Prime Minister Mette Frederiksen speaks during a news conference on the coronavirus disease (Covid-19) in the Mirror Hall in the PM’s Office at Christiansborg Palace, in Copenhagen, Denmark, November 8, 2021. - REUTERSpix

COPENHAGEN: Denmark’s government on Tuesday said it aimed to significantly boost renewable energy supply and temporarily increase production of natural gas from its fields in the North Sea, in a move to rapidly become independent of Russian supplies.

“We will increase production of natural gas in the North Sea for a limited time period,“ Prime Minister Mette Frederiksen told reporters during a briefing on Tuesday.

Russia’s President Vladimir Putin has warned Europe it risks having gas supplies cut unless it pays in Russia’s rouble currency, a counter to the bloc’s sanctions on Russia over its invasion of Ukraine.

“We are convinced it’s better to produce gas in the North Sea than buying it from Vladimir Putin,“ Frederiksen said.

Production from existing Danish gas fields in the North Sea could rise by as much as 25% “in the short term”, Climate and Energy Minister Dan Jorgensen said, without giving further details.

The country will become a net exporter of gas next year, when the Tyra gas fields, operated by Total will resume operations following a major redevelopment that began at the end of 2019.

The government will not announce new tenders for North Sea production but instead bring forward gas production that had already been licenced, said Jorgensen.

In 2019, when Tyra was still operational, Denmark produced around 3 billion cubic metres.

Frederiksen said Denmark could effectively become independent of Russian gas next year with supplies from the North Sea.

“But since we are part of the European gas network, we also need the other countries to become independent,“ she said.

The government also presented plans to drastically increase power production from renewable energy sources, such as wind and solar power, as well as introducing a uniform carbon tax on companies’ emissions.

The government aims to increase production from land-based wind and solar power fourfold within eight years and boost offshore wind power production by between one and four gigawatts compared with current plans. - Reuters