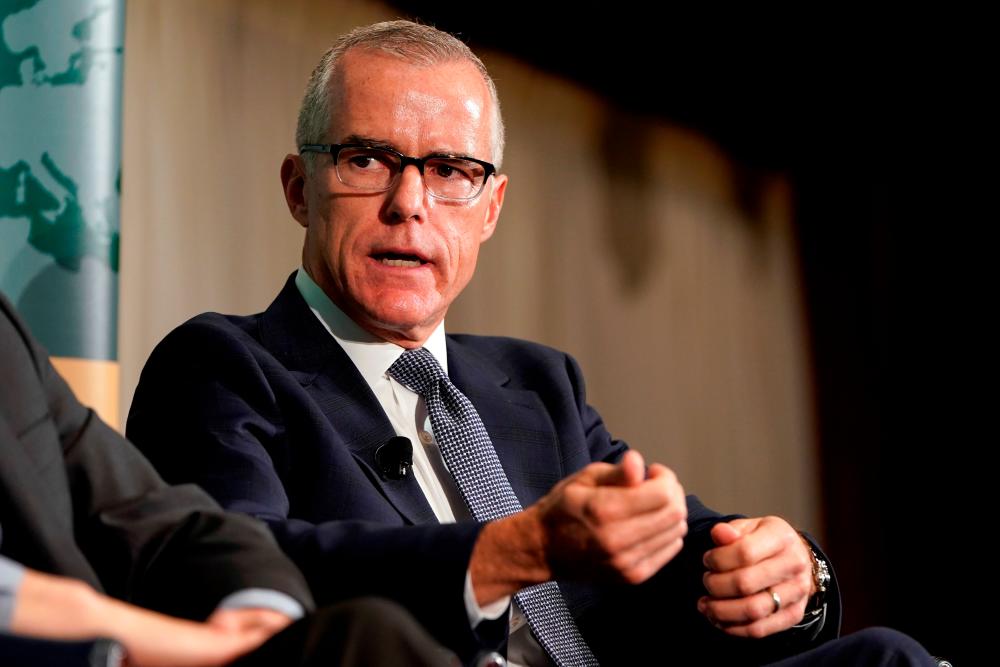 WASHINGTON: Former FBI Deputy Director Andrew McCabe, who sued the United States and the FBI after he was fired by former President Donald Trump’s administration in March 2018, has won a settlement restoring his retirement benefits, his lawyers said on Thursday.

McCabe, who was fired just before he had been due to retire, said he was dismissed improperly amid efforts by Trump to obstruct an investigation into Russia’s alleged interference in the 2016 US presidential election.

As the Russia investigation unfolded, McCabe criticized Trump in media appearances and in turn was attacked by the former Republican president in rally speeches and Twitter statements.

“Politics should never play a role in the fair administration of justice and civil service personnel decisions,“ McCabe said in a statement issued by Arnold & Porter, the firm that filed his wrongful termination lawsuit in August 2019.

Arnold & Porter said under the settlement, the US government would rescind McCabe’s removal and deem him as having retired in good standing.

The government would also restore McCabe’s full retirement pension from the date he was fired, the firm said.-Reuters