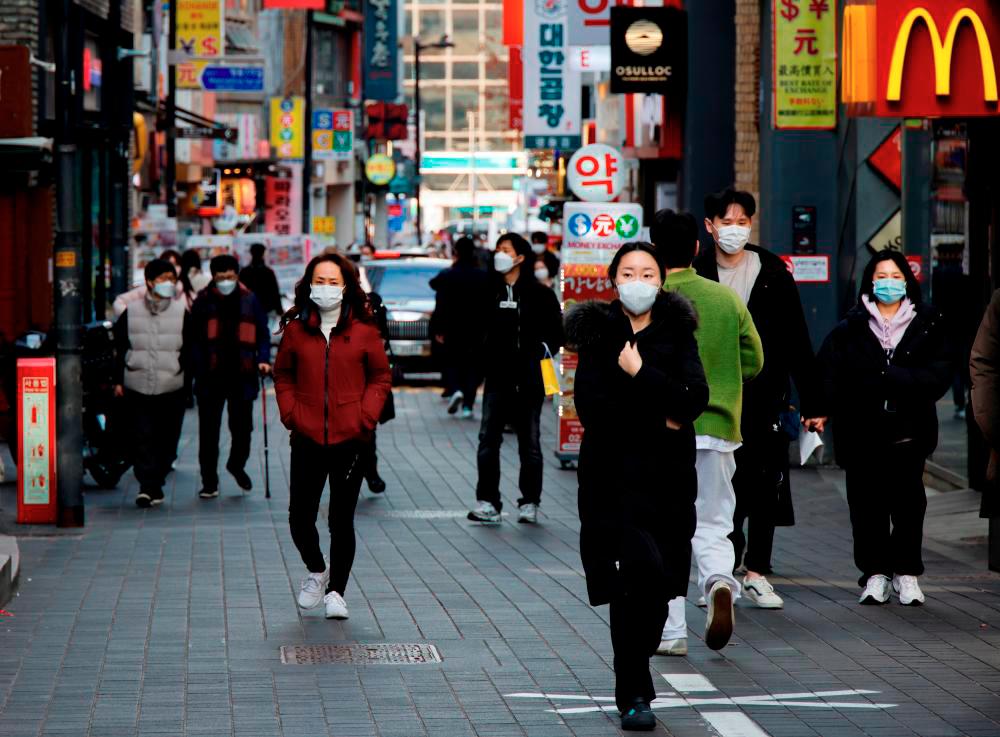 JOHANNESBURG: Data from an area in South Africa hard-hit by the Omicron variant of the coronavirus has shown a high number of hospital admissions of infants under 2 years old, raising concerns that the variant may pose risks to young children.

South African scientists have said they cannot yet confirm a link between Omicron and the high admissions of infants, which could be due to other factors. Here is what we do and do not know about the issue.

What is causing concern?

The data, released by South Africa’s National Institute for Communicable Diseases (NICD), shows that 52 infants under age 2 were among 452 Covid-19 patients admitted in Tshwane - the metropolitan area that includes the capital Pretoria - in the period between Nov. 14 and 28, a higher number than for any other age group.

However, taking into account the size of the populations of the various age groups, the risk of admission was higher for people over age 60.

Have the admissions been linked to omicron?

No. Only a small percentage of positive test samples in South Africa are being submitted for genomic sequencing to detect the variant due to limited capacity. That means we cannot know for sure whether the infants in hospital were infected with Omicron, NICD scientists have said.

There is also uncertainty about whether all of the infants included in the data are infected with Covid-19, as not all are tested for the virus, scientists said.

For practical reasons, infants who present with respiratory symptoms are treated as if they had Covid-19, but they could be sick with another disease such as flu.

How sick were the admitted infants?

The data shows that 29% of Covid-19 admissions in the 0-to-4 age group had severe disease - a proportion similar to that in several other age groups, and significantly lower than the percentage of severe disease among patients over 60.

Among those age 4 or younger, 1% of admissions resulted in death, according to the data. However, the total number of admissions in that group was 70, making it unclear what the 1% figure represents.

The NICD did not respond to a query from Reuters about that and other elements of the data, saying it would issue a new report on paediatric admissions later this week.

Should we be worried about a potential omicron link?

Asked whether people should be alarmed by the infant admissions numbers, Professor Anne von Gottberg, clinical microbiologist at the NICD, told Reuters: “Not yet.”

“It looks like in fact some of those admissions might have started before the emergence of Omicron,“ she said. “We are concerned enough that we are looking at the data very, very carefully, but at the moment I’m not too sure that we can link it definitively to Omicron.”

What else could be going on?

The province of Gauteng, where Tshwane is located, has experienced an increase in flu cases in the past month.

“We need to be really careful to look at the other respiratory infections and diseases to work out why were children being admitted. Were they being tested as they were being admitted or was it precautionary?” said von Gottberg.

NICD scientists also said that parents with sick babies and infants were quick to bring them to hospital, while patients in other age groups were less likely to rush in.

When will we know more?

The NICD said it was preparing a report on paediatric admissions which should be available by the end of the week.

The World Health Organization said on Wednesday it expected to have data on Omicron’s transmissibility within days, but scientists said it could take two-to-four weeks to learn more about the variant. — Reuters