‘Don’t. Don’t’: Biden to Putin on nuclear weapons in Ukraine 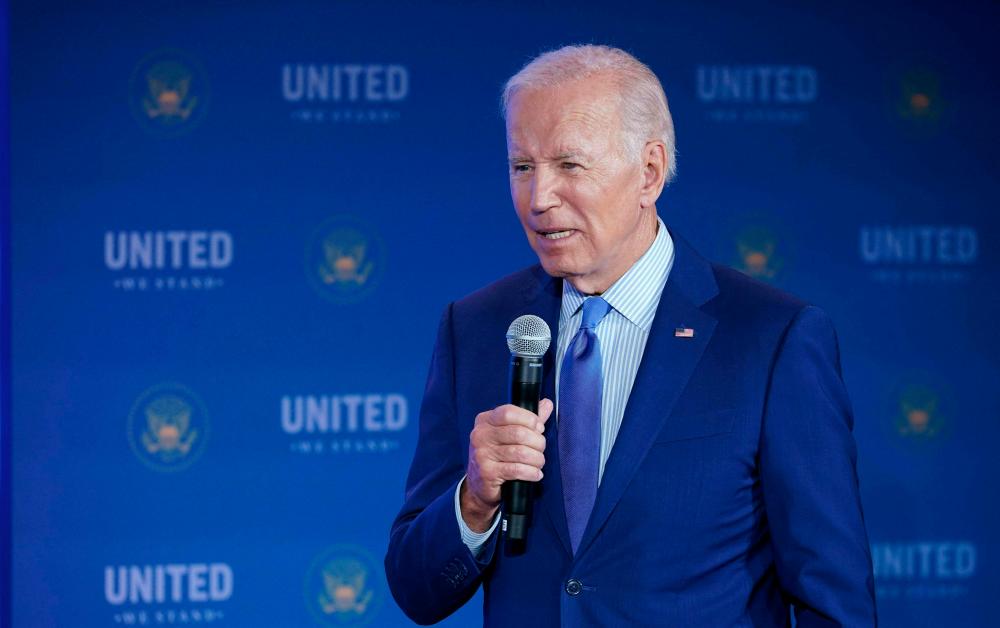 US President Joe Biden delivers a keynote speech at the United We Stand Summit in the East Room of the White House in Washington, DC, September 15, 2022. - AFPPIX

WASHINGTON: US President Joe Biden is warning his Russian counterpart Vladimir Putin against using chemical or tactical nuclear weapons in the wake of serious losses in his war in Ukraine.

Biden was responding to an interviewer’s question about the possibility of Putin, whose army is incurring heavy losses in the Ukraine counteroffensive this month, resorting to chemical or tactical nuclear weapons.

“You would change the face of war unlike anything since World War II,“ Biden said.

“They will become more of a pariah in the world, more than they have ever been,“ the US leader added.

Ukraine has recaptured swaths of territory in the east from occupying Russian forces in recent weeks, boosted by heavy weapons supplied by Western allies.

And Moscow is facing fresh outrage from the West after the discovery of a mass grave outside the formerly Russian-occupied city of Izyum, where, Kyiv officials say, almost all of the exhumed bodies showed signs of torture.

But Putin remained steadfast, saying his war against Russia’s Western-leaning neighbor was proceeding according to plan.

“The plan is not subject to adjustment,“ Putin said Friday. “Our offensive operations in Donbas itself do not stop. They are going at a slow pace... The Russian army is occupying newer and newer territories.” - AFP