Dozens of casualties as Iran forces fire on protesters 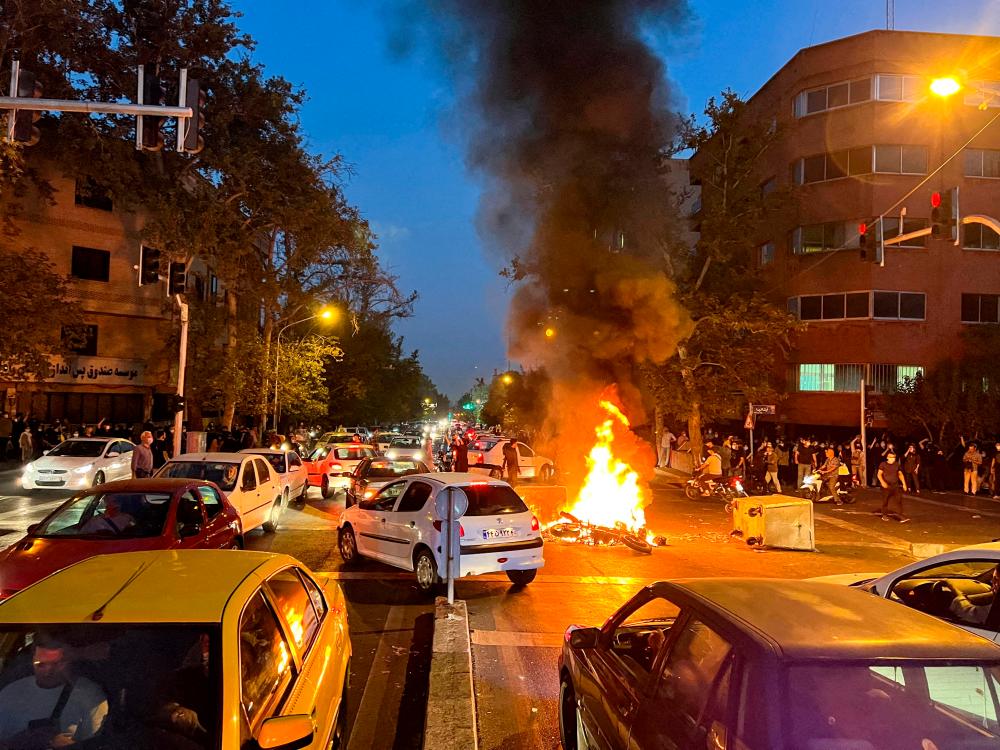 The Islamic republic has intensified a crackdown on protests sparked by the September 16 death in custody of Mahsa Amini, a 22-year-old Iranian woman of Kurdish origin.

Campaigners had called for nationwide demonstrations this week in solidarity with Kurdistan, which along with Sistan-Baluchistan has borne the brunt of Iran's deadly protest crackdown.

“Kurdistan, Kurdistan, we will support you,“ protesters were heard chanting Friday in a video from the Sistan-Baluchistan capital Zahedan, one of the few Sunni-majority cities in predominantly Shiite Iran.

“Kurds and Baluchs are brothers, thirsting for the leader’s blood,“ they sang in other unverified footage posted on social media, in reference to Iran’s supreme leader Ayatollah Ali Khamenei.

Activists said later that the security forces had opened fire on protesters in the city.

“Dozens have been killed or injured,“ the London-based Baloch Activists Campaign (BAC) said on its Telegram channel. AFP was unable to confirm the toll.

BAC shared a video showing a group of men carrying a man who appears to be wounded out of what it said was Zahedan's Makki mosque, Iran's largest Sunni house of worship.

Demonstrators also took to the streets of the Sistan-Baluchistan cities of Iranshahr, Khash and Saravan, said BAC and the 1500tasvir monitor.

The Kurdish-populated provinces of western and northwestern Iran have been hubs of protest since the death of Amini after her arrest in Tehran for an alleged breach of the country's strict dress code for women.

On Tuesday, IHR said the Iranian security forces had killed at least 416 people, including 51 children and 27 women, since the protests broke out.

Its toll included at least 126 people killed in Sistan-Baluchistan and 48 people slain in Kurdistan province. More than 90 were killed during a mass shooting in Zahedan on September 30.

Iran condemned the move, saying it is “useless and represents a violation of the country’s national sovereignty”. - AFP