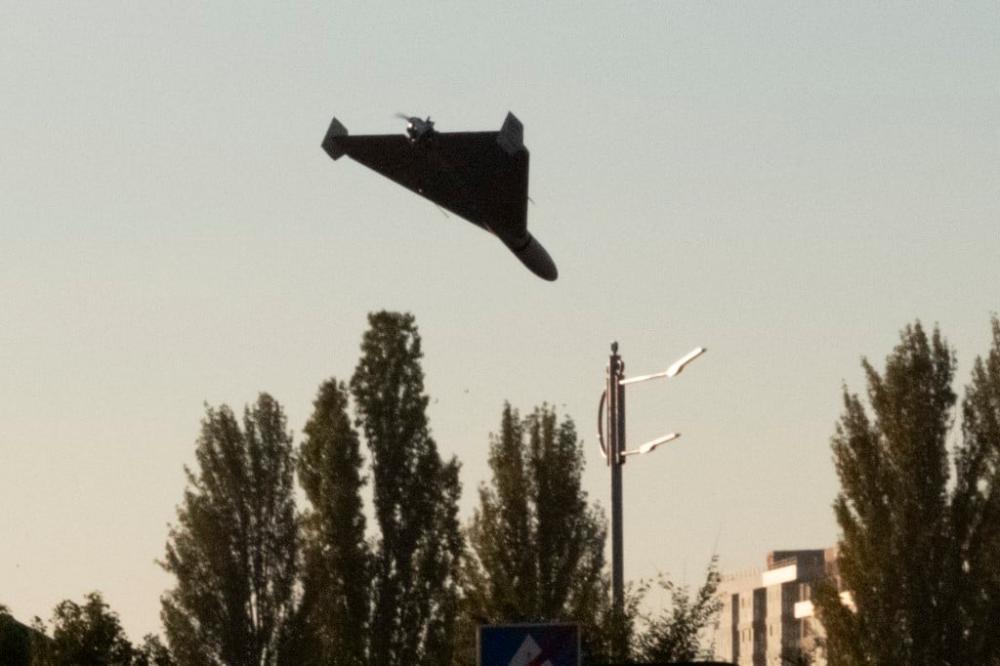 KYIV: A drone attack on an airfield in Russia’s Kursk region set fire to an oil storage tank, a governor said on Tuesday, a day after Russia accused Ukraine of audacious drone attacks on two military airfields deep inside Russian territory.

Roman Starovoyt, the governor of the Kursk region bordering Ukraine, said on the Telegram messaging app there were no casualties from the attack and the fire was “localised”. Reuters was not able to immediately verify the reports.

Ukraine did not directly claim responsibility for any of the attacks. If it was behind them, Monday’s strikes would be the deepest inside Russia since Moscow invaded Ukraine on Feb. 24.

The New York Times, citing a senior Ukrainian official, said the drones involved in Monday’s attacks were launched from Ukrainian territory, and at least one of the strikes was made with the help of special forces close to the base.

Russia’s defence ministry said Monday’s attacks were acts of terrorism intended to disable long-range aircraft, and the low-flying drones were shot down. The deaths were reported on the Ryazan base, 185 km (115 miles) southeast of Moscow.

Saratov is at least 600 km (370 miles) from the nearest Ukrainian territory. Russian commentators said on social media that if Ukraine could strike that far inside Russia, it might also be capable of hitting Moscow.

Ukrainian military analyst Serhiy Zgurets said the air force bases hit on Monday were the only facilities in Russia that could fully service bombers used to launch attacks on Ukraine.

“It is still too early to say what is at issue here, but the ability of the armed forces of Ukraine to reach military targets deep in the territory of the Russian Federation has a very symbolic and important meaning,“ he wrote on the Espreso TV website.

There was no immediate comment from Kyiv or Moscow on the latest report of a drone attack in Kursk.

Russia responded to Monday’s attacks with a “massive strike on the military control system” and other targets using high-precision air- and sea-based weapons in which all 17 objectives were hit, Russia’s defence ministry said.

Ukraine warned there would be emergency blackouts once again in several regions as it repaired damage from missile attacks it said destroyed homes and knocked out power.

The strikes, which plunged parts of Ukraine back into freezing darkness with temperatures below zero Celsius (32 Fahrenheit), were the latest in weeks of attacks hitting critical infrastructure.

At least four people were killed, Ukrainian President Volodymyr Zelenskiy said, adding that most of some 70 missiles were shot down.

“In many regions, there will have to be emergency blackouts,“ he said in a late Monday video address. “We will be doing everything to restore stability.”

Russia has been attacking Ukraine’s energy infrastructure regularly since early October in what it says is a bid to degrade its military. Ukraine says such attacks are aimed at civilians and constitute war crimes. Russia denies that.

The United States said it would convene a virtual meeting on Thursday with oil and gas executives to discuss how it can support Ukrainian energy infrastructure, according to a letter seen by Reuters.

U.S. Secretary of State Antony Blinken said Russia would fail in its “current gambit of trying to, in effect, get the Ukrainian people to throw up their hands”.

“The point is this, unless and until Russia demonstrates that it’s interested in meaningful diplomacy, it can’t go anywhere. If and when it does, we’ll be the first to be ready to help out,“ he said at the Wall Street Journal CEO Council in Washington.

Russia says it is waging a “special military operation” in Ukraine to rid it of nationalists and protect Russian-speaking communities. Ukraine and its allies accuse Russia of an unprovoked war to grab territory.

Ukraine’s military said on Tuesday its forces had repelled Russian attacks in or around seven settlements in the Donetsk region, including the town of Bakhmut, over the past 24 hours.

Russian soldiers were attempting to cut roads to Bakhmut from the west and northwest, Ukrainian presidential adviser Oleksiy Arestovych said on YouTube.

Donetsk Governor Pavlo Kyrylenko told Ukrainian television late on Monday that there were only about 12,000 people left in Bakhmut, from 80,000 before the war, and there was no electricity or gas.

In Ukraine’s southern Zaporizhzhia region, at least two people were killed and several houses destroyed by Russian missile strikes on Monday, an official in the presidential office said.

Reuters video showed two bodies next to a damaged car in the village of Novosofiivka, about 25 km (16 miles) east of Zaporizhzhia city.

“Both of my neighbours were killed,“ Olha Troshyna 62, said. “They were standing by the car ... seeing off their son and daughter-in-law.”

Ukraine’s air force said it downed over 60 of more than 70 missiles fired by Russia on Monday. - Reuters