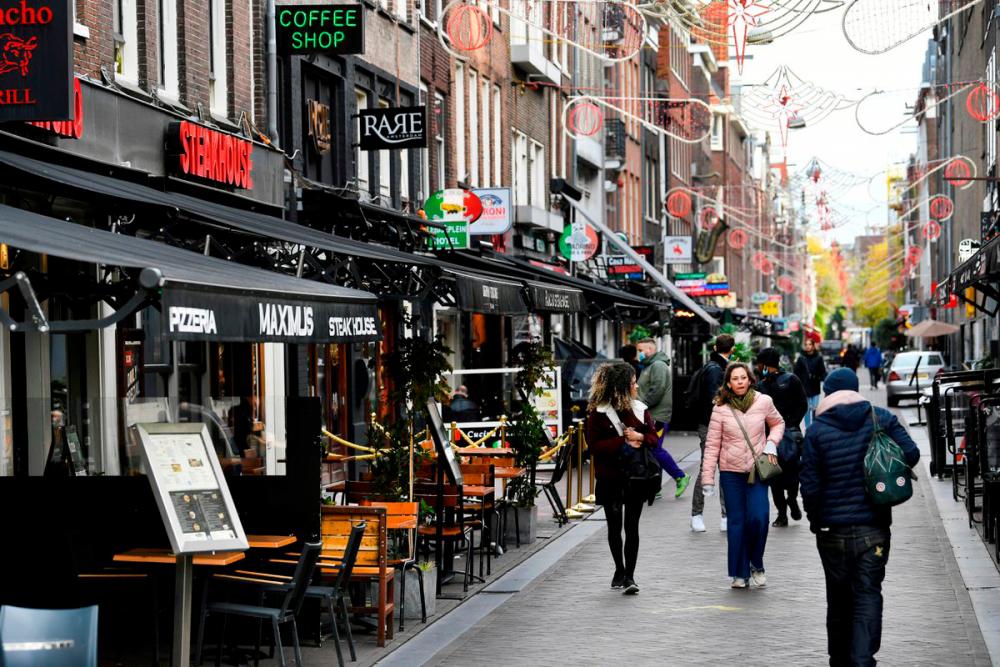 People walk past restaurants and bars as the Netherlands battles to control the spread of the coronavirus disease (Covid-19), in Amsterdam, Netherlands October 14 2020. REUTERSpix

AMSTERDAM: The Dutch government is expected to ease Covid-19 restrictions on Tuesday, mirroring other countries in Europe, and introduce a “corona” pass, showing proof of vaccinations, that will allow eating out and admission to cultural events.

Likely remaining in place are a mask requirement for public transportation and schools, and a recommendation that people work from home when possible.

The corona pass will be required for people aged 13 and up to enter venues such as restaurants, bars, cinemas and museums, the broadcaster said.

More than 70% of the Dutch population, or 12.6 million people, have received at least one Covid-19 vaccination, while 65% is fully vaccinated, according to the official data.

The government’s health advisory board on Tuesday said there was no need for a third shot known as a booster for the general population because vaccinations were still effective.

New infections have fallen to around 2,000 per day in the Netherlands, while roughly 450 Covid-19 patients are receiving treatment in hospital. — Reuters