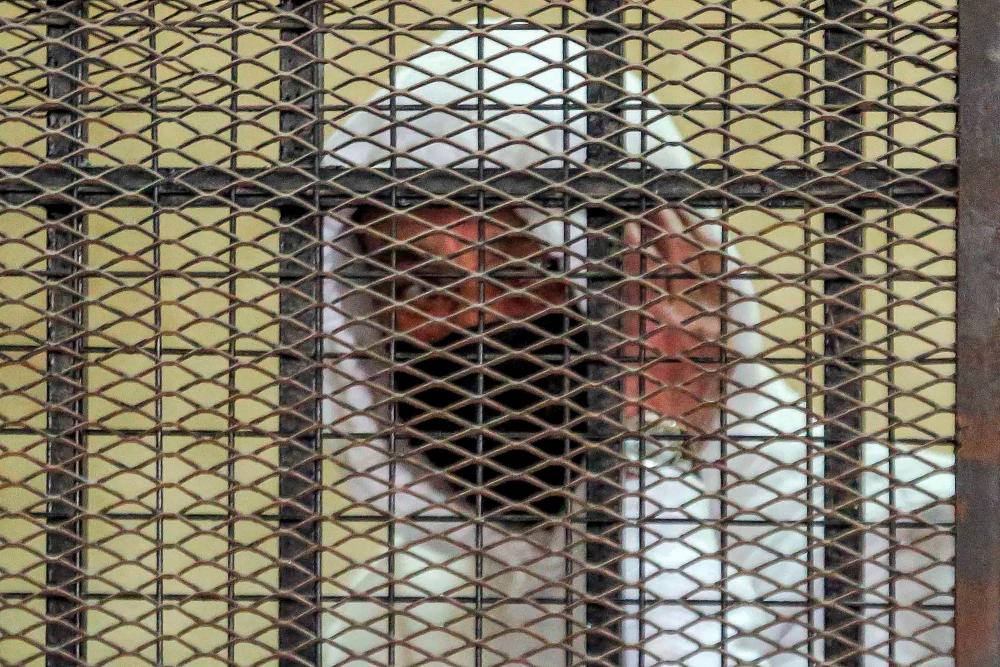 (FILES) In this file photo taken on March 20, 2022 Egyptian media and real estate tycoon Mohamed el-Amin looks from the defendant’s cage during a trial session over charges of “human trafficking” and “sexual assault” in the Egyptian capital’s eastern suburb of New Cairo on March 20, 2022. AFPPIX

CAIRO: An Egyptian court on Monday sentenced a businessman to three years in prison for trafficking and sexually assaulting seven underage girls at an orphanage he founded, judicial sources told AFP.

Media and real estate tycoon Mohamed el-Amin was arrested in January on accusations that he had sexually assaulted the young girls at an orphanage in Beni Suef, about 100 kilometres (60 miles) south of Cairo.

Amin, who owned the popular CBC television network before it was sold in 2018, faced up to 25 years in prison.

The three-year prison sentence can be appealed, a judicial source told AFP.

The case had come to public attention after a Facebook page accused Amin of sexually assaulting young girls.

In addition to witnesses who “confirmed the testimonies of the victims”, images were found on the businessman’s phone during the investigation and recordings were produced of the victims recounting the assault, judicial sources said.

The prosecution said the victims accused Amin of regularly assaulting them “without their consent”.

“He abused his power against the orphan girls, whom he sexually assaulted and threatened to expel (from the orphanage) if they reported him,“ it said.

Three years is the lightest penalty provided by Egyptian law, which lays out a maximum 15-year sentence for sexual assault.

But the penal code sets a minimum sentence of seven years if the victim is a minor or if the perpetrator wields power over the victim, with a maximum penalty of life in prison (25 years) if both conditions are met. - AFP