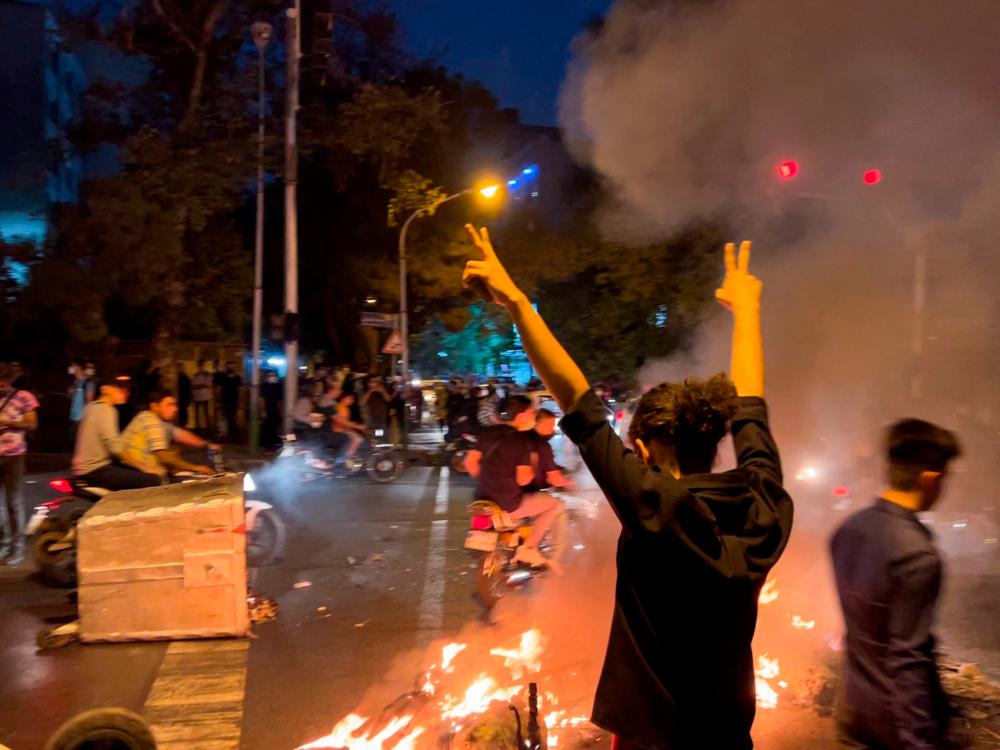 A man gestures during a protest over the death of Mahsa Amini, a woman who died after being arrested by the Islamic republic’s “morality police”, in Tehran, Iran September 19, 2022. REUTERSPIX

PARIS: At least eight protesters have been killed in Iran in several days of unrest, according to a count of officially announced deaths and those reported by a human rights group.

Public anger has flared over the death of Kurdish woman Mahsa Amini, 22, after her arrest by the morality police responsible for enforcing a strict dress code for women.

Protests first erupted Friday in her home province of Kurdistan, where governor Ismail Zarei Koosha said Tuesday that three people had been killed, without specifying when.

Like other officials, he blamed the deaths on “a plot by the enemy”.

On Wednesday, Kurdistan police commander Ali Azadi announced the death of another person, according to Tasnim news agency.

“Unfortunately, two people were killed during the riots yesterday,“ he said. “We are sure that this was done by counter-revolutionary agents.”

On top of these deaths, the Norway-based Kurdish rights group Hengaw said Wednesday that two more protesters had been killed overnight in West Azerbaijan province.

The two, aged 16 and 23, had died in the towns of Piranshahr, which was rocked by fierce clashes, and Urmia, Hengaw said.

Another male protester who was wounded in Divandareh, Kurdistan, on September 17 died from his injuries in hospital, it said -- though it was unclear if he was the fatality later reported by the police commander.

The group also reported that about 450 people had been wounded and 500 arrested, in figures that could not be independently verified. - AFP