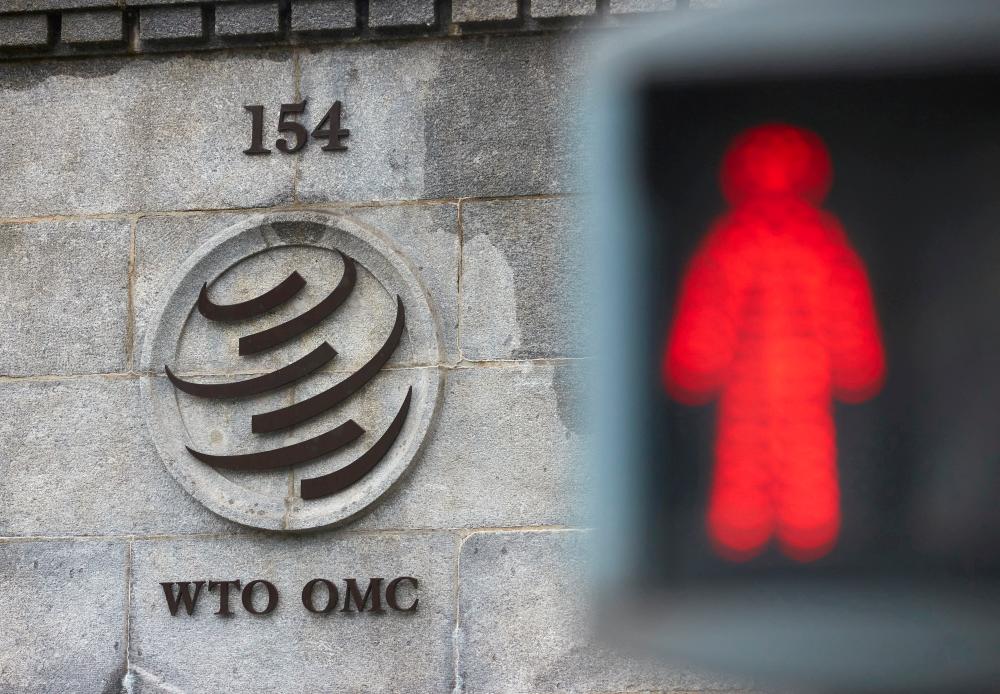 By going to the WTO, the EU lent support to accusations by Lithuanian business leaders and officials that the row has resulted in China blocking imports from Lithuania and other economic restrictions. REUTERSpix

BRUSSELS: The European Union angered China on Thursday by launching a case against Beijing at the World Trade Organization (WTO) for targeting Lithuania over its stance on Taiwan.

The move by Brussels was a further deterioration in ties between China and the bloc, with a long-negotiated investment deal already on the rocks after both sides exchanged tit-for-tat sanctions.

The latest spat is over Lithuania, one of the smallest countries in the European Union, which made waves in July when it allowed Taiwan to open a diplomatic outpost in Vilnius.

The move outraged Beijing, which does not recognise Taiwan as a state and considers the self-ruled democratic island a rebellious territory of the mainland.

“Launching a WTO case is not a step we take lightly,“ said EU trade chief Valdis Dombrovskis in a statement.

“However, after repeated failed attempts to resolve the issue bilaterally, we see no other way forward than to request WTO dispute settlement consultations with China,“ he added.

By going to the WTO, the EU lent support to accusations by Lithuanian business leaders and officials that the row has resulted in China blocking imports from Lithuania and other economic restrictions.

WTO arbitration is a slow-moving process, however, and any result could take years to come.

Beijing responded bitterly to the move, calling the “so-called” Chinese coercion against Lithuania “groundless and inconsistent”.

“The issue between China and Lithuania is a political one, not an economic one,“ said Chinese foreign ministry spokesman Zhao Lijian.

The EU said that it had built up a trove of evidence of Chinese restrictions.

These included “a refusal to clear Lithuanian goods through customs, rejection of import applications from Lithuania, and pressuring EU companies operating out of other EU member states to remove Lithuanian inputs from their supply chains”.

Despite the evidence, Dombrovskis said that the bloc would continue to pursue diplomatic solutions to the feud, and has raised the problem with his Chinese counterparts in recent weeks.

While China was a “vital partner” and “we value this relationship”, “our relationship requires mutual respect”, Dombrovskis told reporters.

The European Commission handles trade policy for the EU's 27 member states and takes the lead on conflicts at the WTO in Geneva.

In November, China downgraded diplomatic ties with Lithuania and stopped issuing visas there in protest at Vilnius's decision to allow Taiwan to open the representative office under its own name.

The United States has signalled its support for the European Union and Lithuania in the fight.

Reports said that Lithuania, at the prodding of Washington, was considering renaming its mission to Taiwan to something less provocative for Beijing.

Under the stewardship of former German chancellor Angela Merkel, the EU has long pursued friendlier ties with China. But this has proven harder to defend as Chinese President Xi Jinping's leadership turns more centralised and hardline.

The relationship with Beijing grew even more complicated a year ago when an EU-China investment deal wanted by Germany was put on indefinite standby after both sides exchanged tit-for-tat sanctions over the treatment of the Uyghur Muslim minority in China.

Spurred on by the latest controversy, the EU is discussing draft regulation that would equip Brussels with new powers to swiftly retaliate against efforts by foreign governments to undermine the European economy and businesses. - AFP