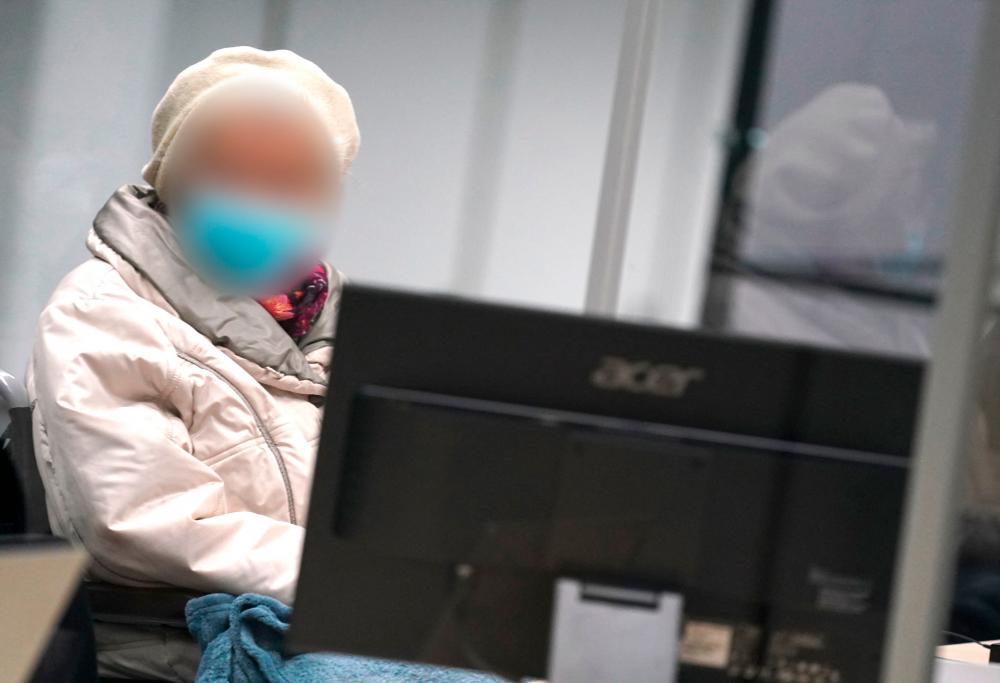 Defendant Irmgard F, a former secretary for the SS commander of the Stutthof concentration camp, waits for the continuation of her trial at court in Itzehoe, northern Germany, on December, 2022. AFPPIX

ITZEHOE (Germany): A 97-year-old former Nazi camp secretary accused of complicity in the murder of over 10,000 people commented for the first time on the accusations against her as her trial came to a close Tuesday.

“I’m sorry about everything that happened,” Irmgard Furchner said at the court in the northern town of Itzehoe, her lawyer told AFP.

“I regret that I was in Stutthof at the time,” she said, referring to the location of the concentration camp in occupied Poland where she worked.

Furchner is the first woman to be tried in Germany for Nazi-era crimes in decades in what prosecutors have said could be one of the country’s last trials over crimes committed during the Holocaust.

Furchner had tried to abscond as the trial was set to begin in September 2021, fleeing the retirement home where she lives and heading to a metro station.

She managed to evade police for several hours before being apprehended in the nearby city of Hamburg and held in custody for five days.

Prosecutors accuse Furchner of complicity in the “cruel and malicious murder” of more than 10,000 people and have asked the judges to hand down a two-year suspended sentence.

Furchner’s lawyers called for her acquittal Tuesday, saying the evidence presented in the course of the trial “had not shown beyond doubt” that she knew of the killings, according to a court statement.

The verdict will be announced on December 20, the court said.

The defendant was a teenager when her alleged crimes were committed and has therefore been tried in a juvenile court.

During the trial, several Stutthof survivors offered accounts of their experiences at the camp.

An estimated 65,000 people died at the camp near today’s Gdansk, including “Jewish prisoners, Polish partisans and Soviet Russian prisoners of war”, prosecutors said.

Between June 1943 and April 1945, Furchner worked in the office of camp commander Paul Werner Hoppe.

According to the case against her, she took dictation of the SS officer’s orders and handled his correspondence. — AFP