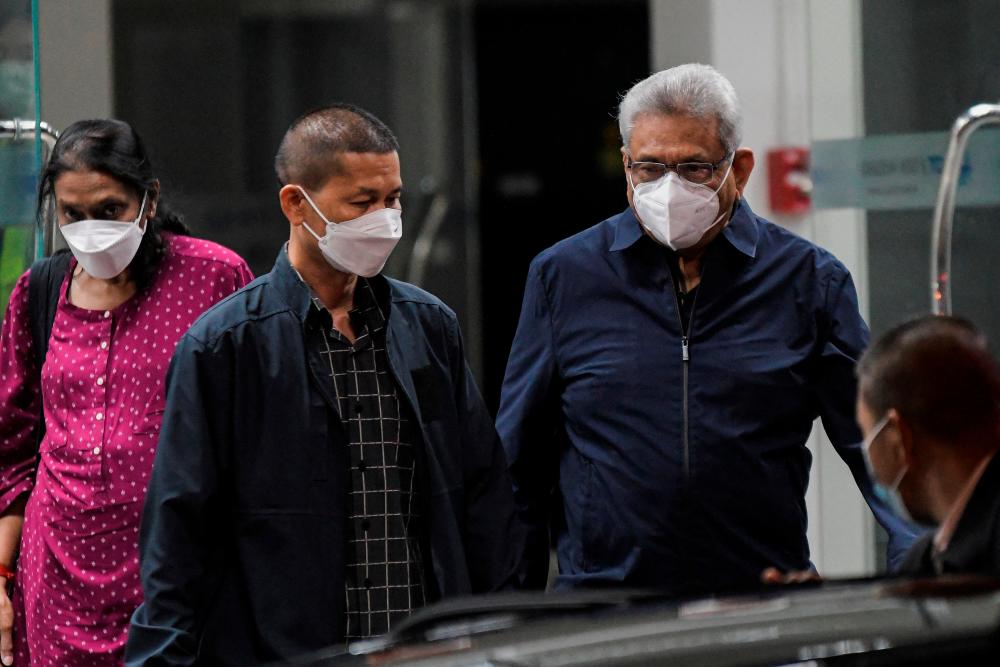 Rajapaksa , who fled his island nation amid mass protest after the collapse of the country’s economy, entered Singapore on July 14 , via Maldives.

In Singapore, the Immigration & Checkpoints Authority (ICA) confirmed that Rajapaksa had left the republic on Thursday, reported Channel NewsAsia (CNA).

His short-term visit passport the republic was due to expire on Thursday.

Yesterday, Director-General of the Department of Information and Spokesperson of the Ministry of Foreign Affairs of Thailand, Tanee Sangrat said Rajapaksa can enter Thailand as requested by his country’s government, but his stay in the kingdom will be temporary.

Tanee said the government allowed Gotabaya enter the kingdom based on long-standing and cordial ties between the two countries.

Tanee said Rajapaksa’s stay is temporary in nature with the aim of onward travel. No political asylum has been sought.

As a holder of a Sri Lankan diplomatic passport, Rajapaksa is able to enter Thailand without a visa for a period of 90 days.

Bangkok Post reported that Thai Prime Minister Prayut Chan-o-cha said the permission was granted on humanitarian reasons and it is temporary stay. - Bernama