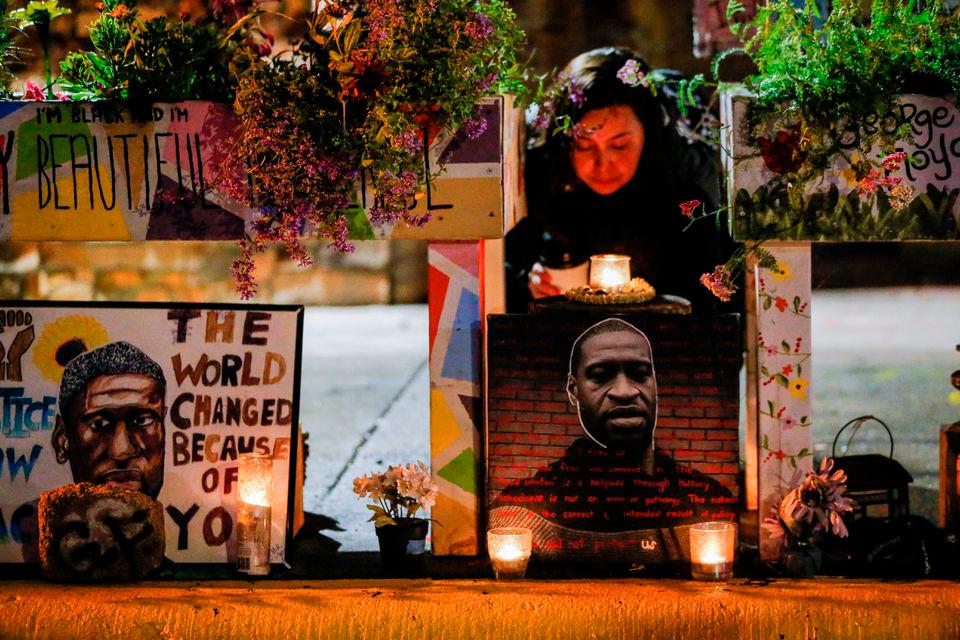 A woman takes part in a march and vigil on the second anniversary of the death of George Floyd, a Black man who was killed in 2020 by white police officer Derek Chauvin by kneeling on his neck, in Minneapolis, Minnesota, U.S. May 25, 2022. REUTERSPIX

Lane pleaded guilty to aiding and abetting second-degree manslaughter in May. He was also found guilty in February, along with two other former Minneapolis officers, on a federal civil rights charge stemming from the killing of Floyd.

Lane is serving a sentence of two and half years at a federal prison in Littleton, Colorado. As part of his plea deal, he will serve his state sentence in federal prison at the same time as his federal sentence.

Floyd, 46, died on May 25, 2020, after an encounter with Minneapolis police during which Lane’s then colleague Derek Chauvin knelt on his neck for more than nine minutes.

Chauvin was sentenced in a federal court to 21 years in prison earlier this summer for violating Floyd’s civil rights.

The sentence is running concurrently with Chauvin’s state sentence of 22.5 years after he was convicted for second and third-degree murder, as well as second-degree manslaughter.

Floyd’s death sparked outrage and protests across the United States in the summer of 2020 against police brutality and systemic racism. - Bernama