Former US President Clinton improving but will remain hospitalized 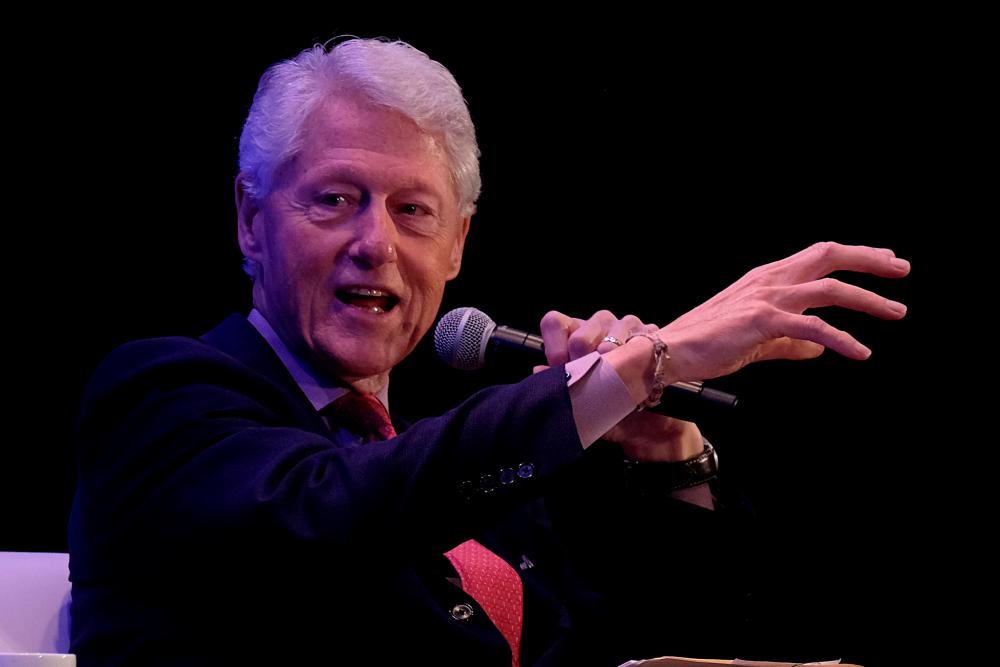 ORANGE, Calif.: Former US President Bill Clinton’s health is improving but he will remain in a California hospital for at least another night to receive antibiotics intravenously for a urological infection that spread to his bloodstream, his spokesperson said on Friday.

The 75-year-old Clinton, who served as president from 1993 to 2001, entered the University of California Irvine Medical Center on Tuesday evening after suffering from fatigue. He spoke with President Joe Biden on Friday.

“All health indicators are trending in the right direction, including his white blood count which was decreased significantly,“ Urena said on Twitter. “In order to receive further IV antibiotics, he will remain in the hospital overnight.”

Since his admission to the intensive care unit at the hospital, Clinton has received fluids along with antibiotics, his doctors said.

His wife, former Secretary of State and 2016 Democratic presidential nominee Hillary Clinton, was at the hospital on Thursday and Friday, and the two read books and talked about politics, Urena told Reuters.

It remained unclear when Clinton would be released.

Biden said Clinton would likely go home soon, though it was not clear whether he would be released on Saturday or later.

“He is getting out shortly. ... Whether that’s tomorrow or the next day, I don’t know,“ Biden told reporters in Connecticut. “He’s doing fine. He really is.”

On Thursday, Urena said Clinton was “up and about, joking and charming the hospital staff.”

Clinton has dealt with heart problems in the past, including a 2004 quadruple bypass surgery and a 2010 procedure to open a blocked artery.

The Republican-controlled House of Representatives impeached him in 1998 on charges arising from his sexual relationship with White House intern Monica Lewinsky, but Clinton was acquitted by the Senate. He was only the second US president to be impeached. Donald Trump would later become the third when he was impeached twice during his term.

Clinton, a former Arkansas governor, has combined a folksy charm with deep knowledge of policy issues. He defeated an incumbent president, Republican George H.W. Bush, in 1992 and then beat longtime Republican Senator Bob Dole to win re-election in 1996.

Clinton, whose residence is in New York state, was in California for a private event for his foundation.

Since leaving office, he has become a cheerleader for his wife, who was elected to the US Senate from New York in 2000. She unsuccessfully sought the 2008 Democratic presidential nomination and then won the party’s nod in 2016, when she eventually lost to Trump despite winning the national popular vote.-Reuters

94.71 per cent increase in 4G coverage in Terengganu