Free but in debt: Florida ex-inmates unable to vote 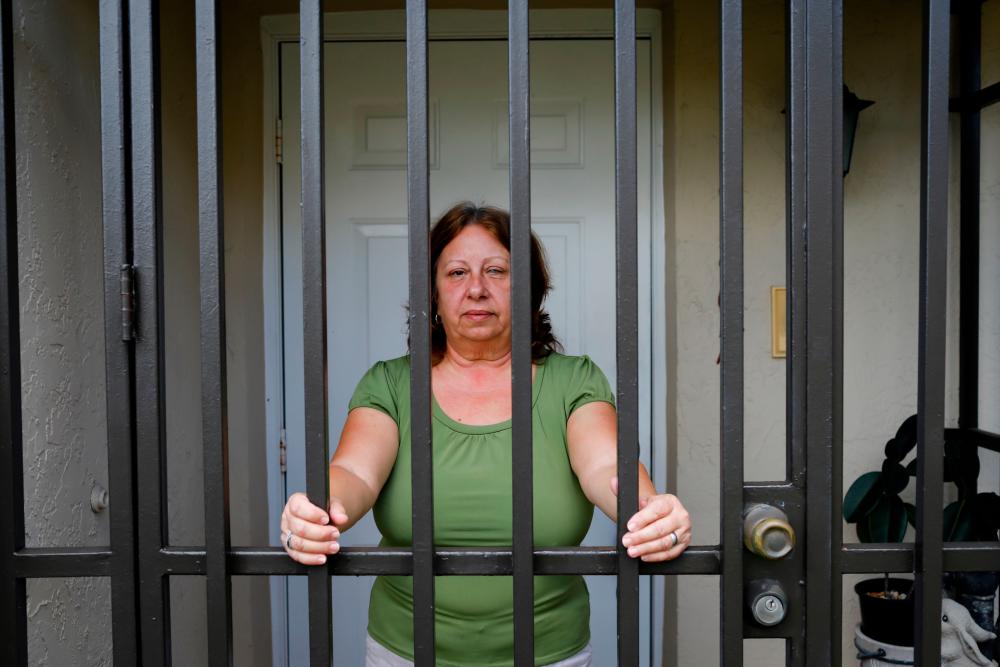 Maria Aurora Estevez, 64 years old, poses for a photo during an interview with AFP in Miami, Florida on September 29, 2020. — AFP

MIAMI: Davion and Maria have paid their debt to society by serving prison sentences in the US state of Florida, but they’re still paying back monetary debts from their cases - and until they do, they won’t be allowed to vote.

Due to a law signed in 2019 by the state’s Republican governor Ron DeSantis, a close ally of US President Donald Trump, and upheld last month by a federal appeals court, former felons are required to repay their debts to the judicial system - fines, legal fees, damages - in order to regain the right to vote.

Davion Hampton, 42, was sentenced in 2008 to 36 months in jail for cocaine trafficking. But when he came out from behind bars, he still owed $52,000 to the state - not including interest.

“I’d really, really love to have back my voting power, and just letting me know, giving me a sense of security that I am a human, I am a citizen of America,“ Hampton said. “This is my power. This is my right.”

Maria Aurora Estevez, a Cuban-American from Miami, was released from prison in 2007 after serving a two-year sentence for fraud. She can’t vote, either, until she pays back $500,000 to the state of Florida.

“This right was taken from me,“ the 64-year-old woman, who is blind in one eye, said in Spanish.

Each month, 15 percent of her $800 salary - she works in a fast-food restaurant - is taken out of her paycheck.

Florida has nearly 775,000 former inmates who have served their sentences, a population composed mostly of people from underprivileged backgrounds.

Their lack of voting rights is not a new issue.

One hundred and fifty years ago, a law designed to prevent newly freed slaves from voting also disenfranchised ex-convicts.

In 2018, Floridians voted for Amendment 4, which restored the unconditional right to vote to 1.4 million ex-felons, except for those guilty of rape or murder.

But DeSantis signed a law requiring former inmates to repay their fines and fees. Although a federal judge in Florida deemed the law unconstitutional, it was upheld in September by an appeals court.

Since Florida is usually crucial to victory during the US presidential elections - it can take only a few thousand votes to win the state and its 29 electoral college voters - the law may have a significant impact on the upcoming November 3 poll.

The law disproportionately affects Hispanic and Black voters. For some human rights activists, the legislation is a glaring example of voter suppression among minorities, who tend to vote Democratic.

The group has called for a march on October 24, the first day of early voting in Florida.

Republican lawmakers, on the other hand, do not seem to consider a former inmate as having completed their sentence until they repay their financial debts to the judicial system.

Donations from celebrities including singer John Legend, basketball stars LeBron James and Michael Jordan and director Steven Spielberg helped bring the total to $20 million, according to the FRRC.

When asked by AFP, the FRRC did not specify how many former felons were able to repay their debts with the donation.

Florida’s attorney general, Republican Ashley Moody, asked the FBI and the local police to open an investigation into Bloomberg for “potential violations of election laws.”

Former inmate Hampton says their reactions show “the root of the problem.”

Republicans “think Democratic votes are being bought, and that more Democrats will vote than Republicans for the benefit of returning citizens being able to vote,“ he said.

But “we need to be counted in, simple as that,“ he said. “We pay taxes, just like everybody else.” — AFP Liverpool need to go back to basics says Klopp TikTok in talks with Jordan to lift month-long ban No Malaysians affected in Indonesia earthquake

Liverpool need to go back to basics says Klopp

TikTok in talks with Jordan to lift month-long ban